Well that never took long, the first teardown of the 2015 MacBook Air, not just the 11-inch model, but the 13-inch one as well. However, what is not so surprising is how the MacBook Air is still not easy to repair.

The good people at iFixit have already taken both new models apart that were revealed earlier this week and we are told not to expect too many changes to its construction.

With the refreshed models being rather similar to the outgoing models, this means they both earn the very same 4 out of 10 in terms of repairability score; meaning they are very tough to mend. 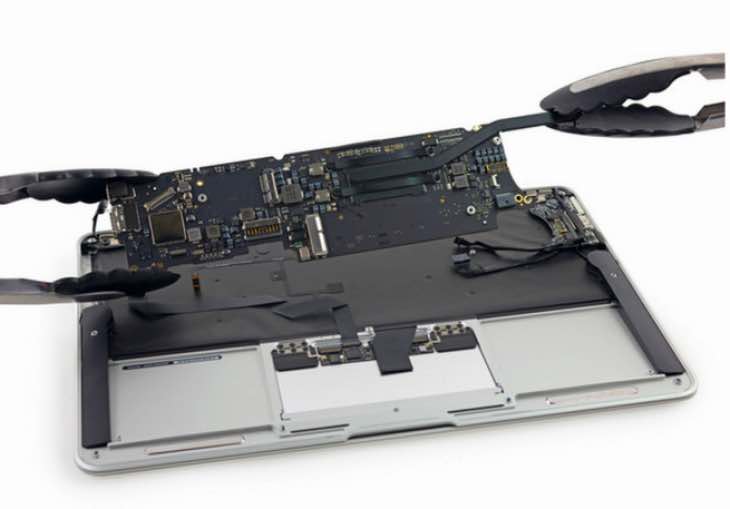 One of the main reasons for being so awkward to mend is due to the fact you need a very special screwdriver, although there are several other factors as well.

During the teardown iFixit found out that the new models have the same model numbers as their predecessors, and that they hardly differed in their construction, which we were also unsurprised of.

One of the more shocking things to come from the teardown is how the battery specs are the same as the previous model, even though Apple claims they have increased runtimes, so only time will tell on that one.

Visit the the iFixIt website for both 2015 MacBook Air teardowns.