If the 2015 Lexus RC F Sport didn’t have enough coverage, it has now because Lexus has taken to Twitter to show off what they have described as a visual aid in order to help make your decision easier. The decision is whether the new RC Sport should be your next car or not, and while it has had a lukewarm response, I for one would like to test-drive the vehicle.

The latest image, although we feel as though we have seen it before, shows us the left-rear quarter and there is something about that rear airflow section that leaves us inspired. It just seems to help with the flow of the design, and while some people are still unhappy with the front-end, especially the over-sized grille, the rear is understated.

With the 2014 Geneva Motor Show very much behind us, we now look ahead to the New York Auto Show. However, the latter event has a lot to live up to seeing as though we had some great unveils, with the 2015 Lexus RC F Sport being one of them. 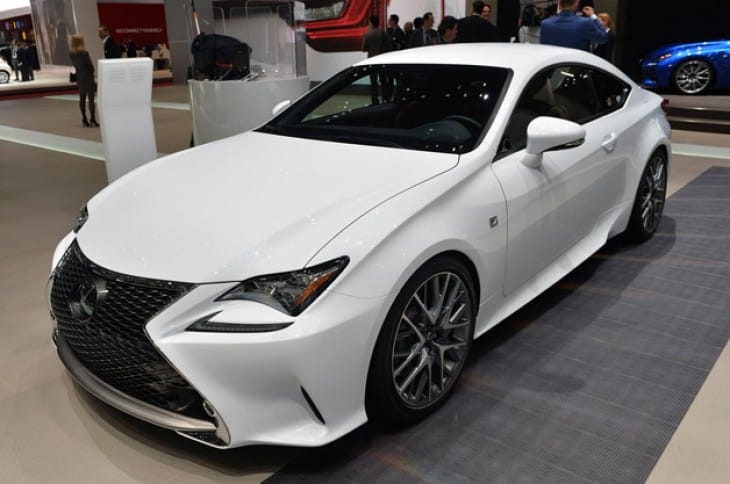 This Sport version will come with a host of upgrades compared to that of the standard RC F model, although you can’t really call that a standard model either. Seeing as though it is a Sport version, upgrades to the suspension, engine and brakes come as no surprise, but it’s those alloy wheels that really helps this variant stand out against others in the range.

Main 2015 Lexus RC F Sport specs — include a 2GR-FSE, V6 engine that will push out 306 horsepower, all of which will be transferred to its 8-speed automatic transmission. There is some clever technology working behind the scenes to make certain that the engine, suspension and brakes all work in harmony to give you optimum handling, which are VGRS up front and DRS to the rear.

Lexus has yet to offer details on a final release date or price for the 2015 RC F Sport, but we do know it will be in the latter part of 2014.