There is not long to wait until the New York Auto Show, as the press days are right at the start of next month, and so you will be able to get an early look at some upcoming cars for this year and next. One such model that seems to be proving popular is the 2015 Kia Optima, as people look ahead to its new design, and you will be happy to learn that it has recently been teased ahead of its unveil.

Two 2015 Kia Optima sketches have been teased that helps to showcase its design, and we can already see it will be a worthy rival to the Ford Mondeo and the Volkswagen Passat. We can fully understand Kia when it says this new model is passionately designed, while being obsessively crafted, something that has become all to evident with several of its other models, such as the new i20 Active, which has just launched in India. 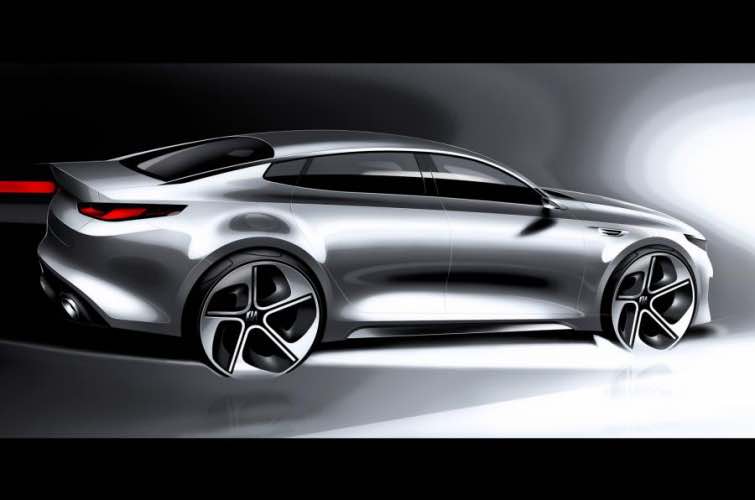 The fourth generation Optima borrows a few design features from other Kia models, such as the Tiger grille, and larger air vents that now sit much lower than before. You will also notice in the sketches, thanks to Autocar that the rear bumper features a more aggressive design, something that could help it take on the Mondeo and Passat.

While we do not get to see the new 2015 Kia Optima interior, we are told to expect a far more improved finish, and so we just cannot wait to see it being unveiled at the NY Auto Show in less that two weeks time. We already know that one engine type powering this updated model will be the 1.7-litre CRDi turbodiesel, which will produce 134bhp.

However, we also know that a diesel-electric hybrid version is to follow, although we have no timescale as to its release. There is a cause for concern though, as there does not seem to be any plans to release a petrol version.