The Baby Jeep Renegade was meant to get its official unveiling during the 2014 Geneva Motor Show, but just before the event five images of the smaller SUV were leaked. At that time we had limited details, but at least we now know that it will go by the name as the 2015 Jeep Renegade and will be aimed at those with a tighter budget and not looking for an SUV that is too large.

Since its unveiling there has been a great deal of interest and so we thought we would offer you a 2015 Jeep Renegade review roundup. For those of you who missed this baby SUV being unveiled we have the reveal from General Motors in the first video below.

This video goes over all the 2015 Jeep Renegade specs and why Chrysler designed the model in the first place — this after all is their sales pitch. The video also shows us the unveiling of the Jeep Renegade Trailhawk. 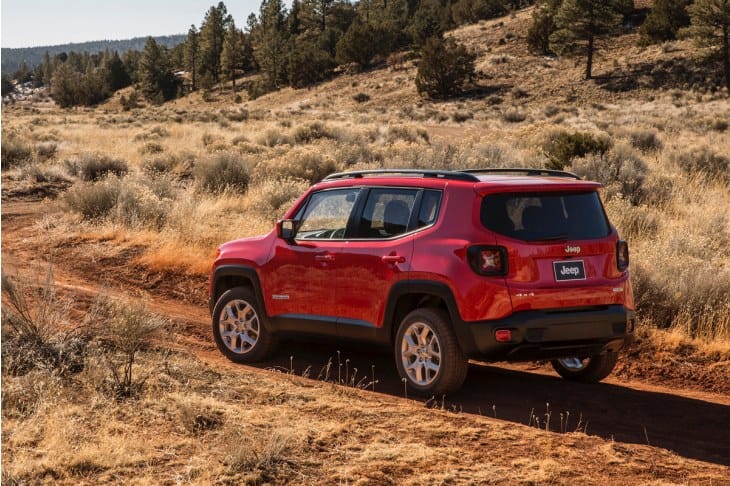 In the second video you will get to see a 2015 Jeep Renegade test drive, and while there is no audio, except from the sound of the vehicle itself, it gives you a better understanding of how the SUV performs on and off-road.

As for the third video, this is hands-on with the new Jeep Renegade during the Geneva Motor Show and gives you a closer look at the vehicle. The video explains that this is a baby Cherokee that will rival the Nissan Juke, or that’s the plan.

If you are looking for a more complete 2015 Jeep Renegade review based on an early preview of the car before automotive journalists are able to take it out for a test-drive, then both Edmunds and CNET have you covered.

The former is surprised by the number of high-end options, but is concerned that the smaller engine and manual-only transmission will put purists off. The latter points out that while it may look as though it was designed to look like a larger toy, it is far from bland.

What are your thoughts on this small Jeep SUV?