We first presumed that the 2015 Jaguar XF would see its official launch during the New York Auto Show next month, but you will be able to see it a week earlier during an online event on March 24. However, just to help keep people’s interests alive a new image has been revealed, which teases its newer, sharper design.

The new 2015 Jaguar XF exterior image gives us a better idea of what to expect, and thanks to the removal of the camouflage that we are so used to seeing on this model, we now get a good idea of its sharper creases along its bodywork.

Autocar also notes that the bonnet is now much more sculpted than the current model, although it has not lost Jaguar’s distinctive power bulge. To help give it a little bit of aggression, the rear wheel arches are now flared, and the shoulder line now has a far more pronounced design. 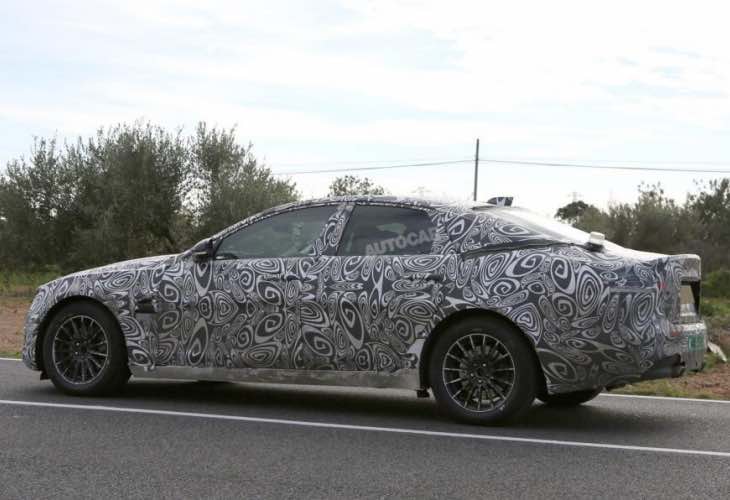 Those of you with an eagle-eye for other Jaguar models will notice right away that the new XF takes a few design cues from the XE model, such as its grille.

Jaguar has also made the new XF just slightly larger than before to give it more cabin space, something needed in order for it to be more competitive with the new BMW 3-Series.

However, we suspect that this will not go down too well with Jaguar lovers, as they have already noted that their beloved brand of car seems to be growing far to much in terms of size, and would prefer to see them a little smaller.