It was only last week that Apple had one of its biggest events yet in terms of the new product updates they announced. We not only got to see the iPhone 6S and 6S Plus, Apple TV and iPad Pad Pro, but also the mini 4 model as well. It’s only the latter device available at the moment, and so it was just a matter of time before this new, small tablet was given the teardown treatment.

The 2015 iPad mini 4 is hard to repair judging on its repairability score that iFixit has given it, which we will get to in a moment. What we can tell you from the teardown is how Apple’s new tablet is a lot like the Air 2, albeit a scaled down version. 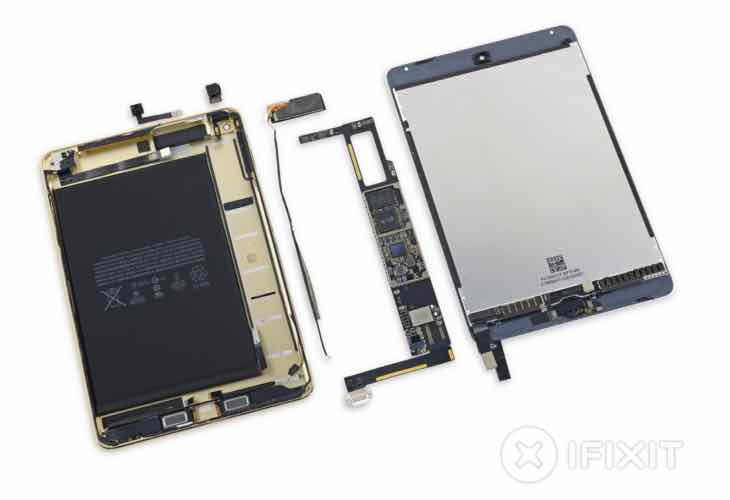 Upon opening up the mini 4 tablet the iFixit team noticed the reason why it is thinner than the previous model is because of using the very same fully laminated screen technology as the Air 2. The other positive is that it gives it a more rigid design, although makes it a lot tougher to repair the screen.

As for the removal of the battery, this is also very easy to do, although that’s about the only part of the hardware that is easy to remove. Pretty much all other components are very tough to remove, and so makes the iPad mini 4 very tough to mend. It is for this very reason why iFixit scored it 2 out of 10.