Earlier today we reported that the BMW i8 price had been revealed in India, although the i3 would be more desired, but another car was also shown. The new car launched in India is the 2015 Hyundai 4S Fluidic Verna, which has a starting price of Rs 7.73 lakh.

However, if you go for the top-of-the line model, then you will pay Rs 12.2 lakh, and so you should look at the various models and choose wisely. 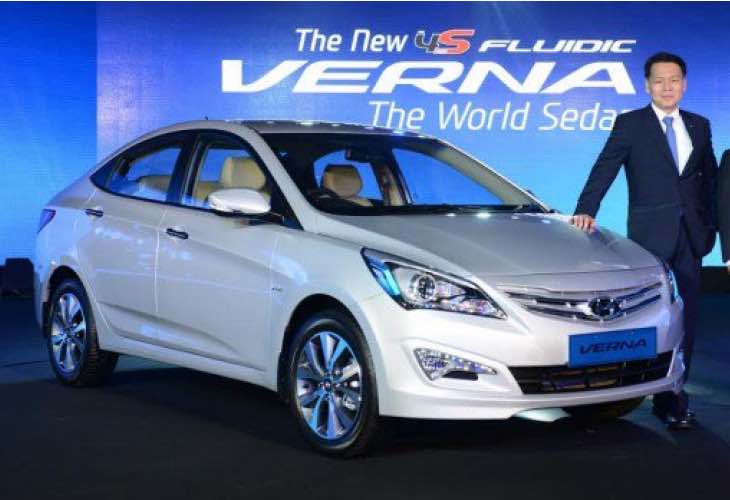 You can see the new 2015 Hyundai Verna model price list for India in the image above. Just so you know, the S has four meanings, style, sophistication, safety and speed, which we learned from OverDrive.

If you are having a hard time wondering why the prices are a little high, you have to consider the many changes made to the updated Verna, such as an all-new front-end, LED effect taillights, six airbags, ABS and EBD as standard and so much more.