We know that a 2015 Hyundai Sonata redesign is inbound and will be shown off in all its glory during the New York Auto Show in April 2014, but in keeping with tradition it looks as though we have been given a sneak peak ahead of the event.

For those of you who were too eager to wait until next month you’ll be happy to know that three images of the upcoming 2015 Hyundai Sonata have now been made available, as well as some information on its features.

According to a South Korean website, they would have you believe that the images they have are in fact of the Hyundai Sonata redesign, and is the first time that we have seen the vehicle undisguised. 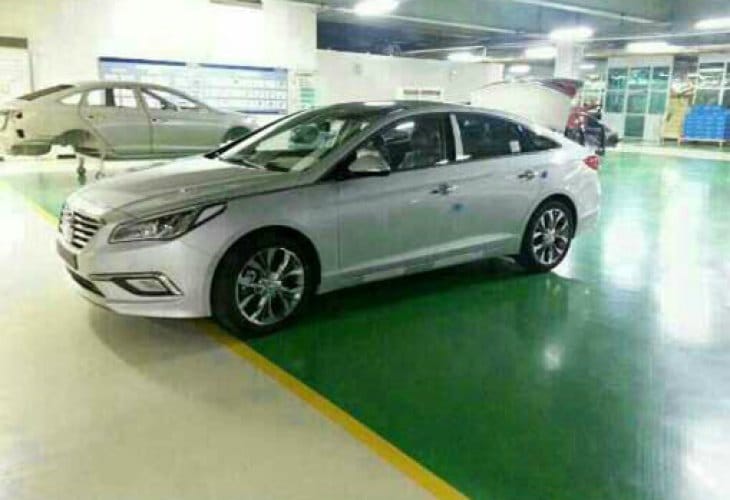 Rumored 2015 Hyundai Sonata specs — The website also reports that they know some of the details as to the engine and transmission of the Hyundai Sonata redesign, which consists of a 2.0-liter turbocharged GDI engine and seven-speed transmission with dual-clutch. The engine is said to push out 274 horsepower, but we will have to wait until next month for those official numbers.

As for the 2015 Hyundai Sonata exterior design, we can see that the headlamps and front grille are more prominent than the current model, while the rest of its design looks cleaner and less elaborate.

It’s uncertain if this is the model specifically for the Korean market, or this will in fact end up being the one shown off at the New York Auto Show next month? Thankfully, we don’t have that long to wait, but let’s hope Hyundai can deliver before KIA leaves them behind.