If you have been waiting to pre-order your new 2015 Hyundai i40, although were a little undecided until you learned how much it was to cost, then we can tell you its starting price will be £19,600 for the saloon. If you want something bigger, then the new i40 Tourer will cost £1,150 on top of that price.

There has been a great deal of anticipation for the 2015 Hyundai i40 facelift, and we hope the release of its full pricing and specs will now allow people to make the decision as to whether this is the model for them, although first impressions do seem rather good.

Hyundai has broken down the price list for this new range, which starts with the S trim with its 1.7 CRDI diesel engine pumping out 113 horsepower. 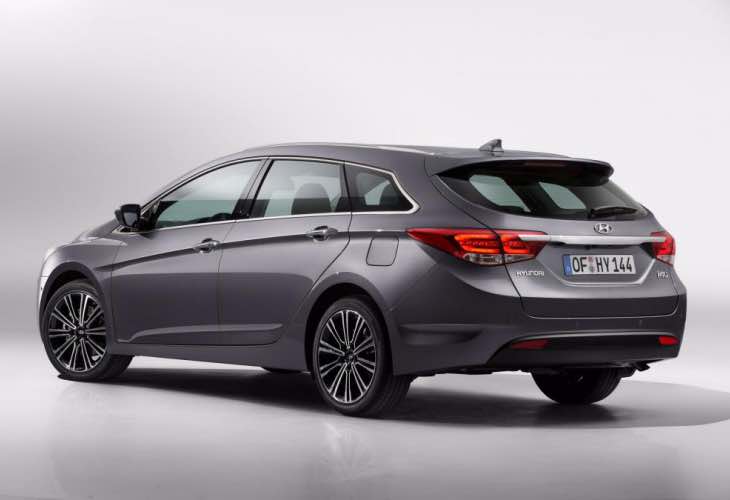 Next up is the SE Nav spec, which adds another £2,000 on the price, although you do get some great 2015 Hyundai i40 optional extras, such as touchscreen navigation and infotainment system, DAB radio, rear view camera, climate control, improved audio system and a few more toys.

As for the SE Nav Business, this adds keyless start, as well as an electric driver’s seat for a further £1,500 on that price.

Finally, is the Premium model, which will cost you £26,950, although you do get a lot more for your money, such as a more powerful 1.7 CRDI diesel engine, panoramic sunroof, LCD instrument display, 18-inch alloys, and so much more.

If you would like to learn more details, then visit your local dealer, or the Hyundai website.