Honda will debut the 2015 NSX at next month’s Detroit Auto Show, which will no doubt draw a huge crowd. People have already pre-ordered one of these new sporty Acura cars, even though they have yet to see the final production version. We cannot wait for January to see what all the fuss is about, and we are sure this unveil will renew interest in the rumored all-new Toyota Supra.

The 2015 NSX will bring with it a completely new sports experience, although the company has had long enough to develop this new vehicle. We have already seen a few prototypes, and so it will be nice to see the final version.

New NSX renews interest in similar models — It is clear that there is a great deal of interest in the Toyota Supra, especially as it will share some technology with BMW. However, two other models in great demand are a new Integra Type R and S2000, although not certain if Honda plans to do anything with these iconic vehicles. 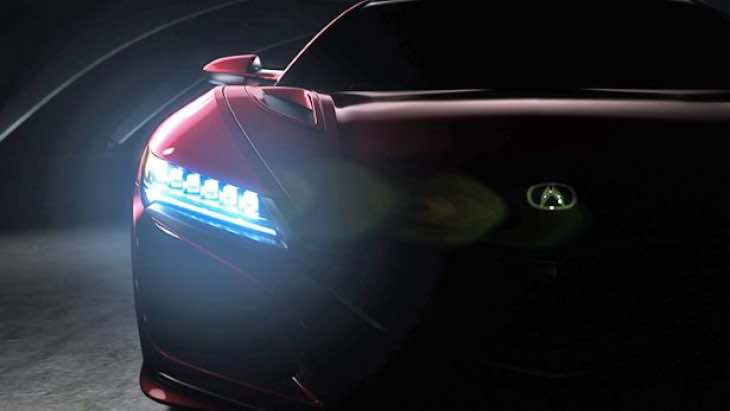 While we do not have full details on the production version of the upcoming NSX model, we can tell you it will come with the Super Handling All Wheel Drive system, mid-engine V6 that will work in conjunction with an electric motor delivering extra power to the rear wheels.

There are two other electric motors that power the front wheels, giving a combined power output of 400 horsepower. We don’t yet have any performance figures, but we suspect the new NSX will do very well on a racetrack because the three electric motors and V6 engine should provide plenty of torque, much like a modern-day F1 car.

If you had the choice which old school sports car would you like to see next, the Toyota Supra, Integra Type R or S2000?