The 2015 Honda Jazz will soon be released in India, as its launch is all set for this coming July. Honda took to its social channel to make the announcement, along with some very limited details, such as its engines and a few of its interior features.

However, one thing that still eludes us is the 2015 Honda Jazz price in India, although it is expected to cost around INR 5-7 lakhs, ex-Showroom — remember, this is not its official price. These details will be confirmed to us during its launch in around two months time.

Going back to some of those other details, such as those engines and there is to be a choice of two; the first will be a 1.2-liter petrol, and the second a 1.5-liter diesel engine. The power output for these are 88 PS and 109 Nm of torque and 100 PS and 200 Nm of torque respectively. 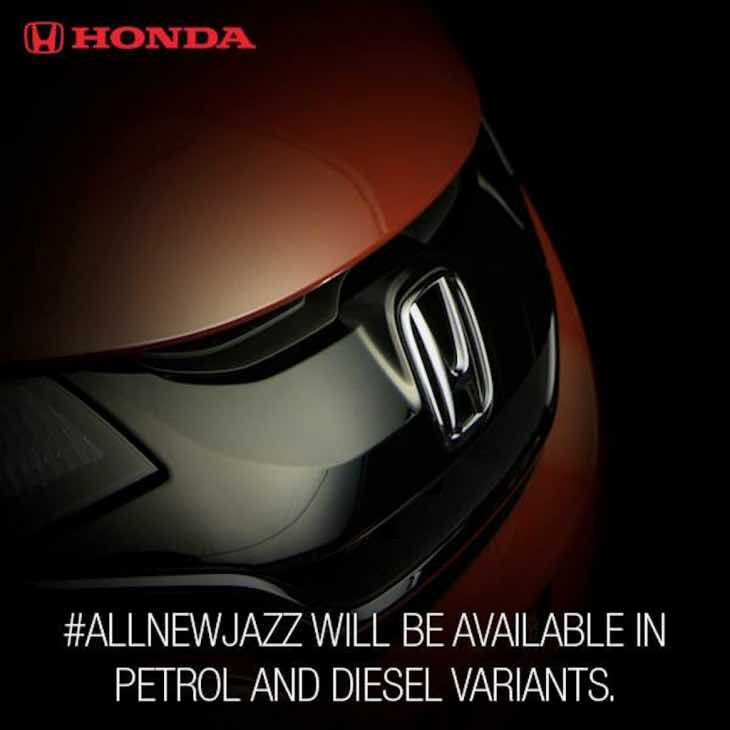 These will be mated to a 5-speed manual and a CVT gearbox, although the diesel will only come with manual transmission.

As for its interior, the dash in the new Jazz comes straight out of the new City model. This means you can look forward to touch-controlled automatic climate control, touchscreen infotainment system with built-in navigation and reverse camera — a lot like the new Smart ForTwo in that respect.

Some of the safety features include ABS, EBD and dual airbags at the front. That’s as much as we can tell you for now, so you will need to keep an eye on the Honda Cars India Facebook page for more updates.