People have started to countdown the days until the start of this years Mobile World Congress, and for good reason, as there is to be an array of new products announced. It’s almost certain that Samsung will be on hand to reveals its new flagship handset, the Galaxy S6, Tab 5, and also the possibility of a new Note 10.1 and Pro 12.2 Edition. However, there is also another tablet to add to that ever-growing list, and that is the 2015 Galaxy Tab S 2 — well two in fact.

We say two because this new model should come in two sizes, the 8-inch SM-T710, and the 9.7-inch SM-T810. Before we take a look at the rumored specs of these two tablets, it’s worth noting that we should take this with a grain of salt.

Having said that, seeing as though we are so close to these new models being announced, there is a good chance that these 2015 Galaxy Tab S 2 specs are on the money. 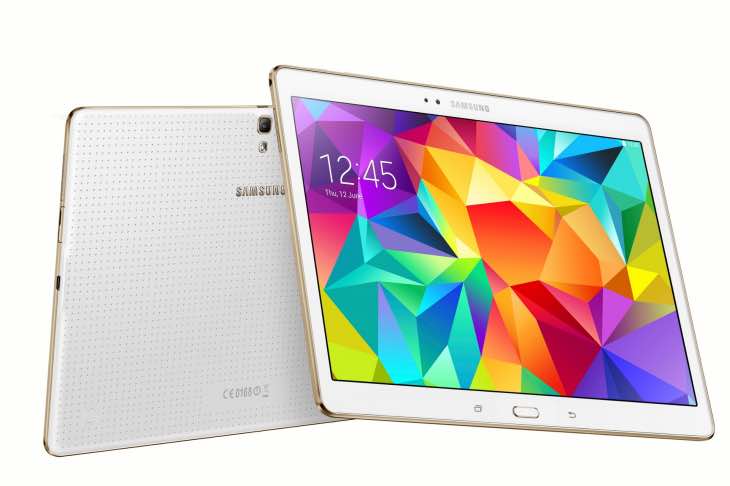 You will notice the sizes of these two tablets have changed over the current models, which is a sign that consumers were not happy with what is already available. The dimensions for the 8-inch model is expected to be 198.2Ã—134.5Ã—5.4 and weigh 260g, whereas the 9.7-inch version should measure 237.1Ã—168.8Ã—5.4 and tip the scales at 407g.

If what Android Authority says is true, then we can expect both sizes to have a display resolution of 2048 x 1536. Both should sport the Exynos 7420 64-bit processor and run with 3GB of RAM, and 32GB of storage. As for battery, the smaller of the two could come with a 3,580 mAh battery, compared to a 5,870 mAh unit for the larger one.

Both should come with Android 5.0.2 Lollipop, so don’t expect 5.1 for many months down the line. As for their release date and price, this has yet to be announced, although we should hopefully find that out in a little over a weeks time.