Ford has made a huge thing about the weight savings of its new F-150, although they have been reluctant to offer official details on its curb weight. This is the same story with the 2015 Ford Mustang weight, as we also assume that it was going to be lighter thanks to the use of newer technology.

However, a few days ago there seems to be some disparity between the 2015 Ford Mustang and Ford F-150 weight, as we know for certain that the truck is around 700 pounds lighter than the outgoing model, whereas a recent article suggested that Ford’s latest muscle car had gained a few hundred pounds.

Steeda Autosports had said they were given early access to the next-gen Mustang and that they claimed it had gained extra weight when compared to the current model. However, they have now had to retort the statement seeing as though their findings were not scientific, and so more down to guesswork. 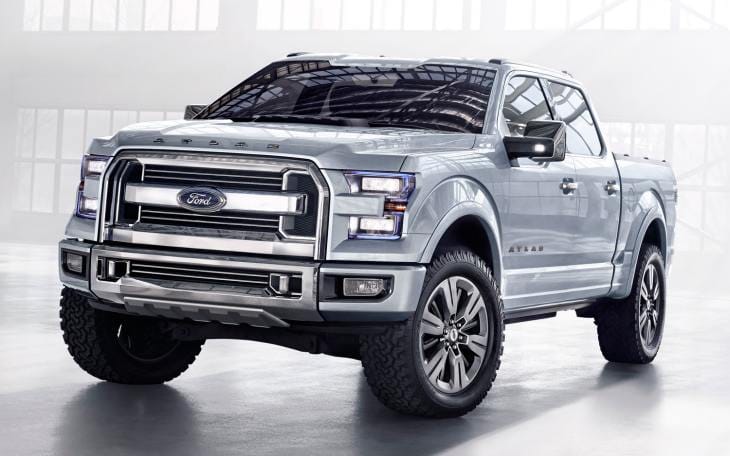 There is only one company that knows the curb weight of both these vehicles, and Ford has been keeping these figures very close, although we do expect them to make this information available to us very soon.

There had been concerns that the new 2015 Ford F-150 would not be tough enough because of 95 percent of its body is made from aluminum, but Ford has already proven that it is more than up to the task, As for the 2015-Ford Mustang, some people believe that a bit of extra weight will be a good thing because it helps to improve stability. And, there is also the fact that most Mustang drivers never push these cars to the limits around a racetrack, so a few extra pounds are not going to matter. Do you share this view?