It was last month that leaked details of the 2015 Ford Mustang pricing came to light, and it was plain to see that while there was a slight increase compared to that of the outgoing model, the new technology along with improved styling and handling makes for a very impressive update to the model.

However, now that the official 2015 Ford Mustang price list and configurator has been released, it would seem that some of you have seen how dangerously close it gets to the Chevy Corvette Stingray.

We know that the base price of a new Mustang is $24,425, but if you go for something more powerful like the V8 version and add a couple of much-needed options and you get nearer $45,000-$50,000 and then you are very close to Corvette territory, which is surely something that Ford does not want to get in to. 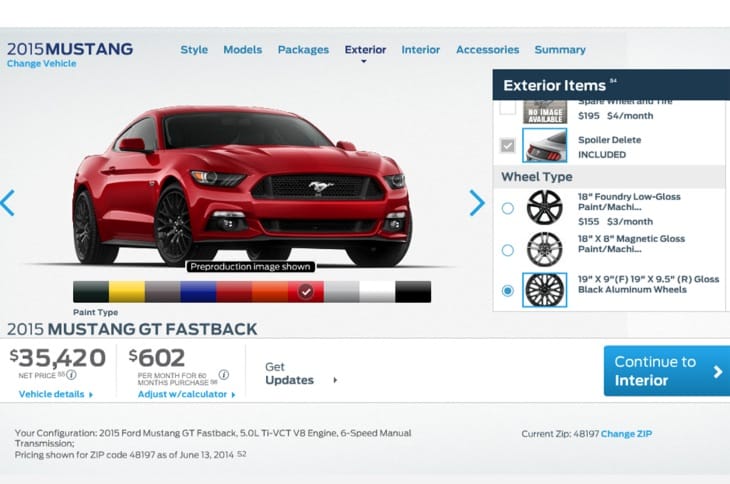 Ok, so we know that the new Ford Mustang is a great car, but put it up against the all-new Chevrolet Corvette and that is when the fun stops and things get serious. We know that both vehicles have come a long way in terms of design and most importantly handling, as they are almost as good as their European counterparts. However, the Corvette has made more significant improvements, as well as it being in a completely different league to the Mustang.

Having said that, we don’t expect the price of the Corvette to stay the price it is for long, and so in time will go above $60,000, just as the previous model did after being on the market for a while. Only then will it be more advisable to spend around $50,000 for a new Mustang.