Bill Ford knew that the 2015 Ford Mustang needed to deliver because of Chevrolet having such a huge success with the 2014 Corvette C7 Stingray. However, we have to admit that Ford has a tough job on its hands; although Bill believes what they have designed shows promise.

Ford’s executive chairman said that he found it hard not to interfere too much because of the passion he had for the new Ford Mustang, although he had to offer his advice when he felt the company was pushing the envelope too far.

However, they are now happier with the final version of the 2015 Ford Mustang, and is more proud of what they have achieved on the inside.

To us, the 2015 Ford Mustang reflects the focus that Chevy had with its 2014 Corvette C7 Stingray because that car also put an emphasis on its interior. 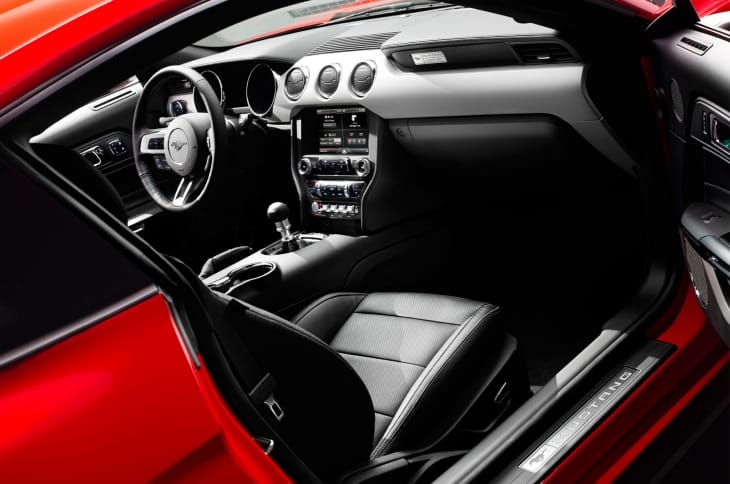 Like the Corvette, the Mustang always had an interior that seemed cheap and tacky, and as a whole has been its biggest weakness.

You can see an image of the new 2015 Ford Mustang interior above, which as you can see is a very stylish, well designed space. Autoblog has an in-depth look at the interior, as well as other aspects of the new Mustang.

The 2015 Ford Mustang release date isn’t expected until the end of next year, and as yet no price has been discussed.