Last Saturday Ford took part in what can only be described as a superb piece of marketing for its all-new 2015 Ford Mustang in Europe, as they opened up pre-registrations during the UEFA Champions League Final. The campaign proved such a success that there was an overwhelming demand for the new muscle car.

We can fully understand why the 2015 Ford Mustang has proved so popular, as this is the first time the Mustang has been sold in Europe, and it would seem that the European market is fully prepared to receive this all-America muscle car. 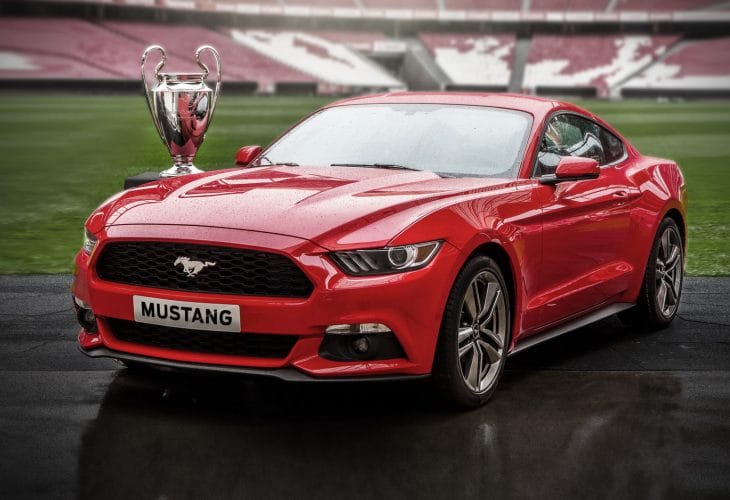 It is such a shame that so many people will miss out, as these first batch of 500 units are spread across 20 countries, although 130 models are allocated for the UK, and so will be right-hand drive models.

The 9300 applicants do not yet know if they were successful or not, and so will be contacted by Ford within the next few weeks. If you are one of those or were successful, then you will be asked to head down to your local Ford dealer in order to complete your 2015 Ford Mustang order.

This will be the time when you choose your 2015 Ford Mustang options, such as the specific model, engine size and optional extras, although the car already comes with a host of new features not seen on a muscle car before.

Did you pre-register for a new Ford Mustang, and if so what do you think your chances are?