We already know so much about the 2015 Ford Mustang, with most of the focus being performance and handling. There has also been an emphasis on weight, but not so much on the safety aspect of this new muscle car. However, Ford understands the importance of passenger safety and has released a new video highlighting this.

2015 Ford Mustang passenger safety — Even though this aspect of a car can become very boring to discuss, there will be times when your safety or even your life will depend on it. Ford has included a glovebox-mounted airbag, with an aim at reducing knee injury during an accident.

All versions of the 2015 Ford Mustang will have this new airbag as standard, although we are not sure if we will see this device implemented into other Ford models down the line? However, if the airbag proves popular with new Mustang customers later this year, then maybe Ford will think about it? 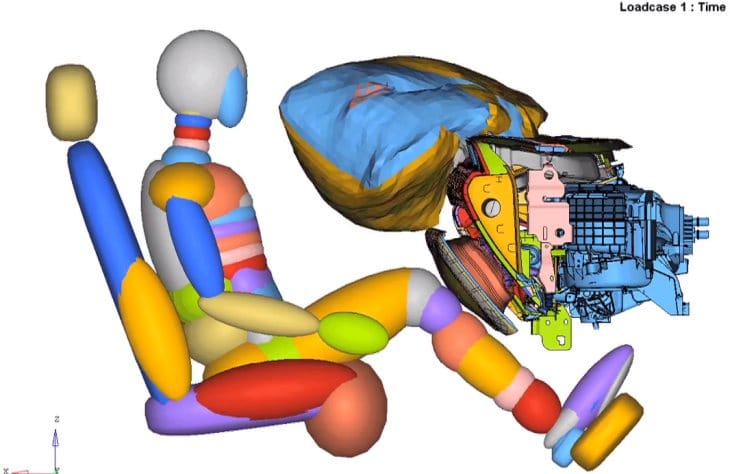 In the video below you will see the technology behind the new glove box, which we have to say is rather ingenious. We say this because while current knee airbags have to fully inflate, this new version does not and considering it is much smaller, inflation time is also reduced meaning less risk of injury.

There has already been a mixed reaction for this new kind of airbag, with some drivers seemingly against this idea because there seems to be more emphasis on front passenger safety rather than children in the rear of the vehicle, which we don’t agree with.

What do you think of this new kind of airbag in the 2015 Ford Mustang?