Ever since we learned that the 2015 Ford F-150 was going to come with the tougher, lighter aluminum body panels there was concern that this could cause an issue for its resale value when compared to the 2014 F150. However, it would seem that this reservation was unjust because resale values on the 2015 models are currently increasing.

One of the main reasons of concern was due to a potential high cost for repair, as it is not as easy to repair an aluminum body panel, and so would incur a higher cost.

Holding its value more than the 2014 model — Bloomberg reports that ALG has come up with some figures and found that the 2015 F-150 will be able to hold 58 percent of its value over the next three years, with one of the main factors being decent fuel economy. This is compared to just 52 percent for the 2014 model. 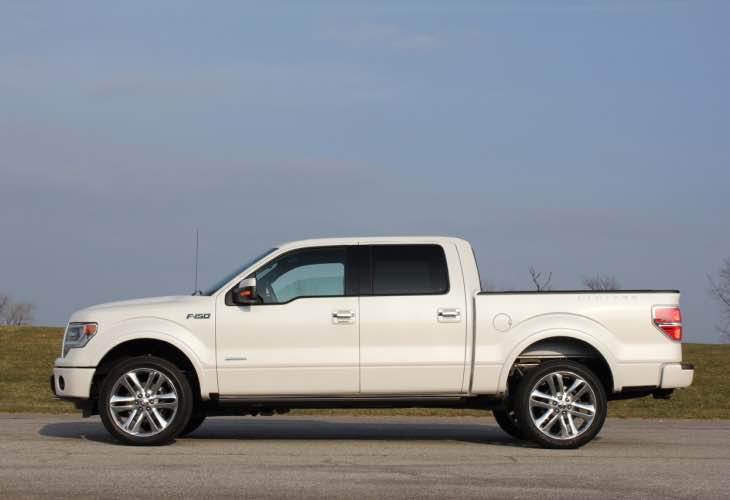 What makes this news even more impressive for those that have purchased one of the newer models, is how they will have the highest resale value of any pickup in the U.S.

To help put this into perspective, the 2015 Chevrolet Silverado and GMC Sierra currently hold around 51% of their value compared to just 46% for the 2015 Nissan Titan.

It would seem that the Ford F-150 is still king, and shows no signs of hanging up its crown for the foreseeable future.