The sensitive topic of 2015 Ford F150 repair bills came up a number of times ahead of its release due to it being made mostly from aluminum, and now that the model has been available for a few weeks repair pricing and its procedure has been detailed.

Even before people took ownership of their new F150 they had it in the back of their minds that if they had to get the body panels repaired and did not wish to go through the insurance, then they could get a nasty surprise.

The guys over at Edmunds have conducted a test just to see what the cost of repair a body panel would be, although taking a sledgehammer to the new truck does seem a bit extreme. What made us laugh is that the first hit never made enough damage, and so went back for a second swing. 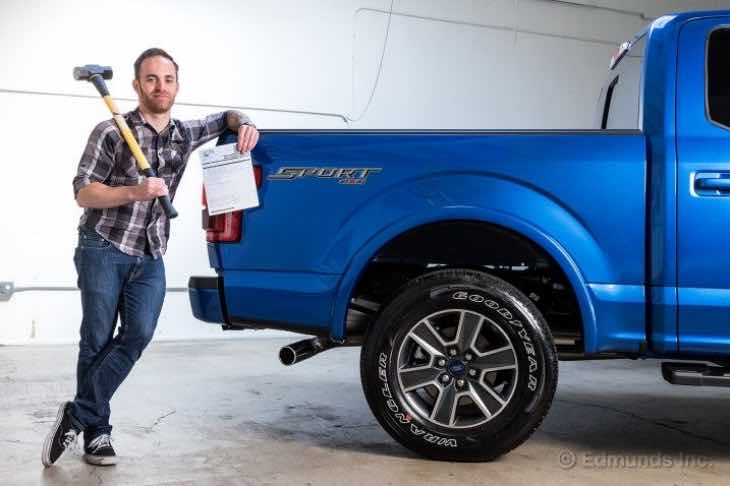 Edmunds has broken the Aluminum Body Repairs tests into three articles (1), (2), and (3), and gives us a good idea of what the procedure would be if it were to happen to you — although you would not be damaging your F-150 with a sledgehammer.

The guys took it to Ford to be repaired and when promised that they would have it back in seven days, Ford actually came through on time. However, the price of the bill was more than you would pay for a vehicle without aluminum body panels, although not as much as we were first led to believe during the build-up for the all-new F-150.