We already knew that Ford was working on the 2015 F-150, but we never knew for certain if they were working on the next-generation Raptor, that is until now. New spy shots have come to light showing off the 2015 Ford F-150 Raptor exterior in all its glory — well as much as we can see through the camouflage.

It is great news to know that Ford will go ahead and make the changes to the Raptor as they have done with the standard version of the F-150, although not much is known because as you would imagine, Ford is keeping quiet on this.

Looking at the spy shots, thanks to Autoblog, it is hard to make out if Ford will go with the all- aluminum body as they have done with the next-gen F-150, but we have a feeling they would have done, although not sure how well this well do on this all-out off-road version of the truck? 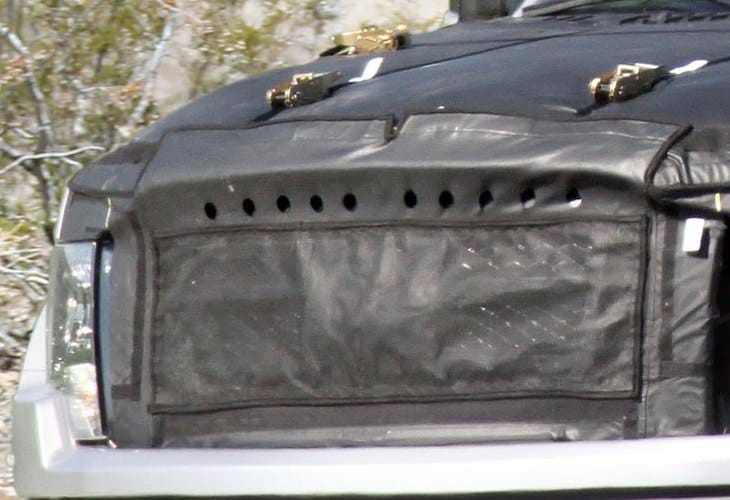 Like we said above, the images don’t give much away because the front and rear of the Raptor in the spy shots have been covered with panels from the current-gen model. However, the center part of the vehicle does seem as though it is direct from the 2015 F-150.

2015 Ford F-150 Raptor exterior differences — The eagle-eyed people out there might be able to spot what is different with the model shown in the image above, and they are a bugle in the hood, A-arm suspension, a new grille and more, all of which you can see by heading over to the source link above.

Three questions still remain, will the 2015 Ford F-150 Raptor be made from aluminum, what engine options will Ford go with and finally, will this model be overpriced like the current version?