The release date for the 2015 Dodge Challenger is still unknown to us, which we discussed a couple of days ago, but this makes the new vehicle all the more desirable. The car made its big debut last week at the New York Auto Show, where the press and public got to see how it differs to the current Dodge Challenger.

2015 Dodge Challenger redesign is a huge talking point, with the exterior design coming under great scrutiny. Most of the exterior looks very similar, but it’s not until you get to the front and rear-end that things look rather different.

How 2015 Dodge Challenger differs to the 2014 is with a more retro look, as the former sports a 1971-esque refresh. Starting up front the power-bulge hood has made a comeback, although it is more chiseled from the front to the end hood. 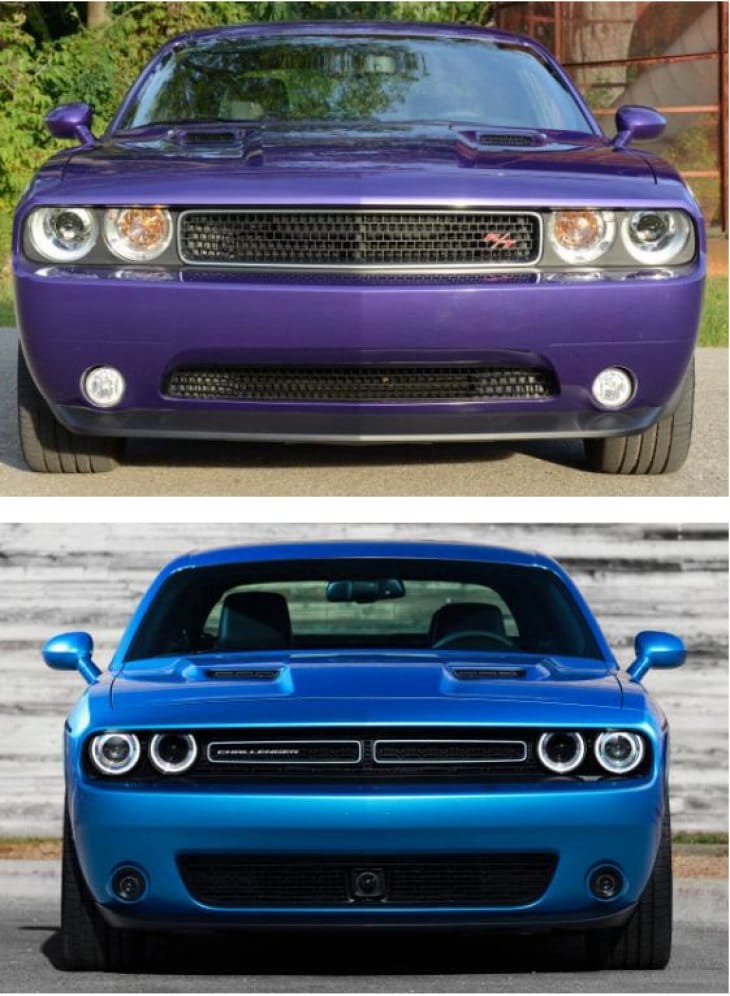 The grille now looks a little smaller seeing as though it has two sections instead of one large one. The lights also seem smaller, which also keeps with the retro styling compared to the current model.

It’s all change at the back as well because looking at the 2014 and 2015 Dodge Challenger comparison image thanks to Torque News, you can see that the light cluster does not go all the way across now. Instead, it stops in the middle with the Dodge lettering and understated LED lighting.

The rear diffuser seems to have been reworked as well, which in turn will help to improve downforce and handling. When you look at both versions side on you will be forgiven for thinking these are the same vehicles, although if it isn’t broke, then don’t fix it.

Having said that, the new wheel options do make the 2015 Dodge Challenger stand out when looked at side on.

Interior wise, the 2015 Dodge Challenger has gone modern with its 7-inch TFT Cluster, although not much else is known on the interior department.

Now that you have seen many of the changes incorporated on the 2015 Dodge Challenger, are there things that you would change?