There will be several models vying for the 2015 Detroit Auto Show truck of the year, and two that could be in the running are the 2016 Nissan Titan and Toyota Tacoma trucks. This is due to the fact that both models have received a complete redesign, although we are sure the changes will not be as significant as many of you would hope.

Both models have been teased several times ahead of their debuts next week, with the Toyota giving us the first full-on look at the exterior of the new generation Tacoma. This latest version has a more modern look, while still keeping its rugged appearance.

You will notice that several of its exterior features are borrowed from the current model, such as the side skirts. However, the rear-end has a new design and so do the taillights. 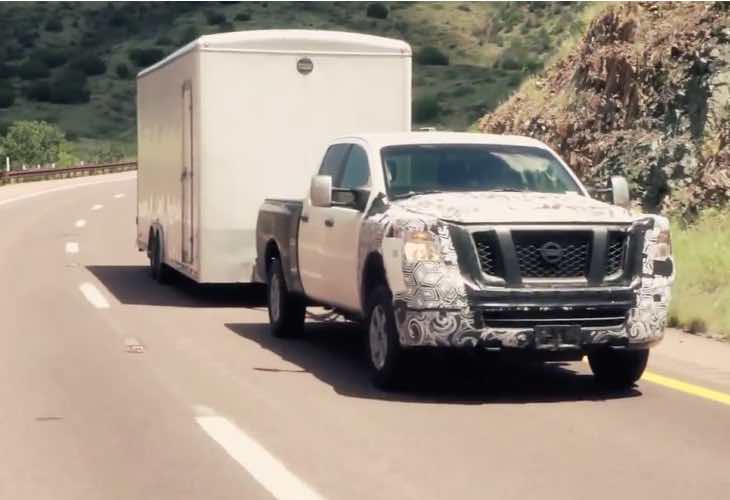 We did hear rumors that Toyota could increase its size, but going on what Autocar has shown, the all-new Tacoma stays the same size, apart from looking a little chunkier that is.

As for the 2016 Nissan Titan, we have seen two teaser videos of this upcoming truck, although its design features have been disguised. The most recent video, titled ‘Nissan Titan “Truckumentary” Chapter 2’ was released yesterday and talks about what makes this new model so great.

The new model is more appealing, or so we are told, and two of the current models weak points have now been addressed. Those are its cabin and fuel-economy.

Which of the two will steal the show at Detroit next week?