General Motors has two of the best sports cars in their portfolio at the moment — well in the U.S. anyway. The vehicles in question are the 2015 Chevrolet Z06 and the Camaro Z/28, although choosing between the two is always going to divide opinion, and so what is needed is some sort of showdown between the two.

It really is a tough decision to make as to which is the better Chevrolet, so WOT Motor Trend had the tough, yet fun task of finding a winner. 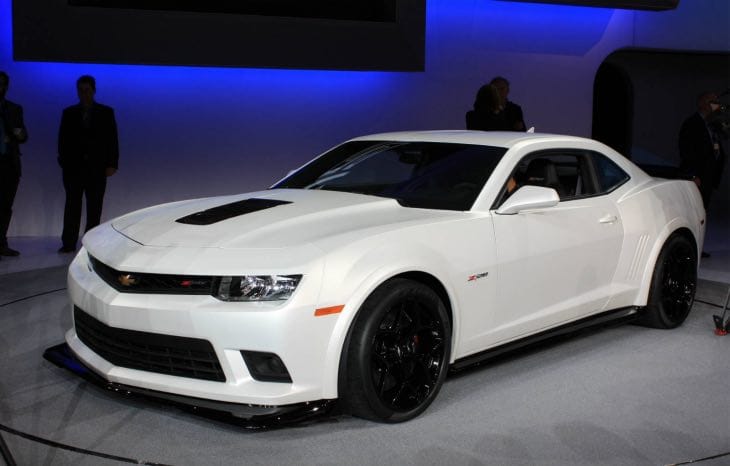 2015 Chevy Corvette Z06 Vs Camaro Z28 performance — The auto website had the task of putting both vehicles through their paces and so took to the Road Atlanta race track to see if those performance numbers translated when taken to their limits on the gray stuff.

What was interesting with the results was how the 2015 Corvette Z06 was able to put in the second best time at the track behind the more powerful and expensive Porsche 918 Spyder. There are many factors why this was and it was not all about brute force, but more so with how you are able to adjust the suspension and aerodynamics.

Looking at the numbers we can see the Corvette beats the Camaro as it does 0-60 mph in 3.2 seconds compared to 4.0 seconds, which we have to say is supercar numbers for the former. We find it interesting that WOT never gave us the official lap time the Z06 achieved, and so we have to remain a little skeptical — especially when you consider how biased they were in a recent test with the 2015 Ford F-150 and RAM 1500.