When we heard the there was an 2015 Audi TT being compared to a BMW M235i we had to do a double take, as these are two cars we never thought would be pitted against each other. However, the website that created the article has been explaining its justification of the comparison, and we would love to know what your thoughts are?

While the new Audi TT is far more dynamic than its predecessors, it is in no way as powerful or thrilling as the M235i, and as for price, well the two are worlds apart. The former sports cars manages to produce 306bhp from its S variant, although the more basic version only produces 227bhp. However, the more powerful version will not be released until summer 2015. 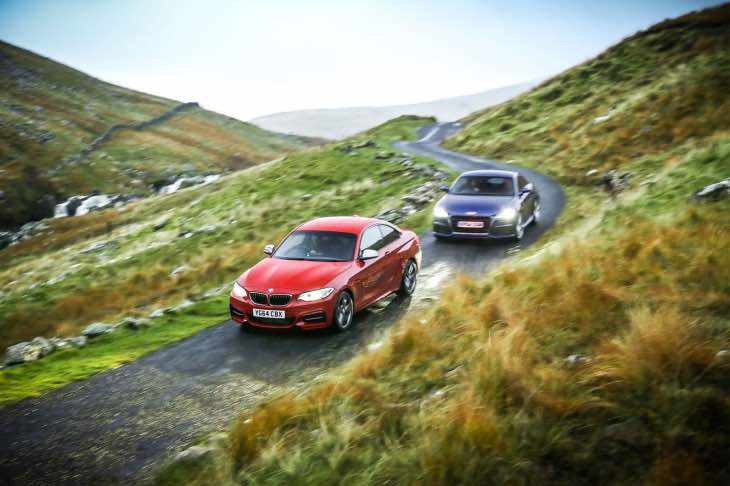 Autocar really has gone into depth with this comparison and feels it is justified, we just cannot see it though. We have pitted vehicles against one another in the past and never took long for readers to take us to task, and so we can’t help feel as though this online auto publication will get the same reaction.

Do you think it would have been better to compare the 228i M Sport Coupe with the new TT?