Comprehensive details on the 2015 Audi R8 have finally been revealed, yet the price is still not confirmed. We cannot understand why the German carmaker has left this major detail out, especially as the new two-seater is set to go on sale a little later this year.

However, putting the whole price issue aside, there was still a great deal of information to take from Geneva yesterday in terms of the 2015 Audi R8 specs, which is to start with a V10 petrol and an all-new quattro four-wheel-drive system. However, it is the performance that will appeal to you, as that 601 horsepower will propel you from 0 to 62 mph in just 3.2 seconds and will continue until its top speed of 205 miles per hour is reached.

We’re told that the second-generation Audi R8 differences over its predecessor are vast, and while this is more of an evolution than a revolution, the upgraded or newly designed components are vast. 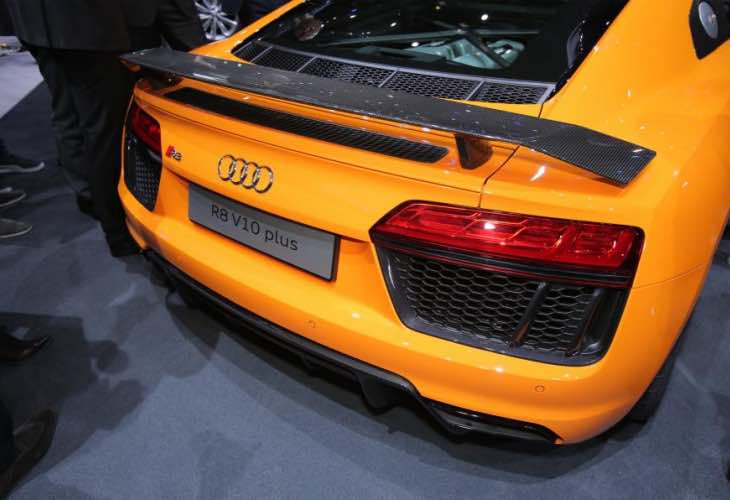 Having said that, the new Audi R8 still relies heavily on its predecessor in terms of the exterior, although there are several changes to key areas, such as the new grille.

Autocar has gone into great detail with the new R8, but it’s not only the its price we have to look forward to learning later this year, as Audi is expected to launch an all-new R8 e-tron model as well. We cannot tell you anything about this new model just yet, although we do know it will have a very limited run.