We have already learned that the 2015 Audi R8 was going to take some elements from the current model and also borrow from the all-new TT in order to come up with an exterior and interior that will keep fans of the current R8 happier, while those of you who also embrace new technology.

As the 2015 Audi R8 gets ever closer to its launch we start to see more photos of the car doing what it does best, and that is being put through its paces on a racetrack. The latest spy pics, thanks to Autocar, gives us the best idea yet of the new R8 exterior design. However, we can’t help get excited over one of the more important aspects of the supercar.

Even though we have no specific 2015 Audi R8 performance figures from the test mule seen in the latest images, we have already been given a good idea of what to expect, but only if rumors of the engines are correct. 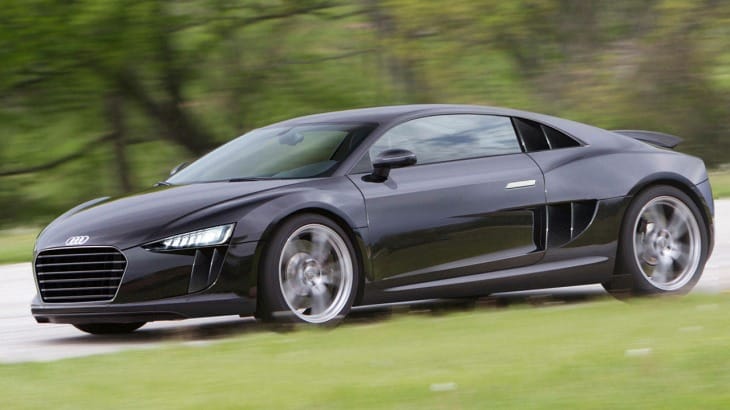 Proposed 2015 Audi R8 performance is a 0-62 mph time of 3.2 seconds and a top speed of more than 200 mph. This is based on the model with the 5.2-litre, 602 horsepower engine that powers the Huracan. This will also make use of a seven-speed dual-clutch automatic transmission, although there will be a less-powerful, and so cheaper version.