About a week ago a few Toyota dealers struggled to keep information on the 2014 Corolla to themselves, and as a result leaked some information online. However, it didn’t take them long to realize the error of their ways and take this information down. As the 2014 Toyota Corolla release date gets closer, so does public interest in the vehicle.

The reason we say this is because this has been the biggest selling car for Toyota for years, and because the current model is starting to show its age, an all-new design is needed, and this is just what the 2014 model will bring. 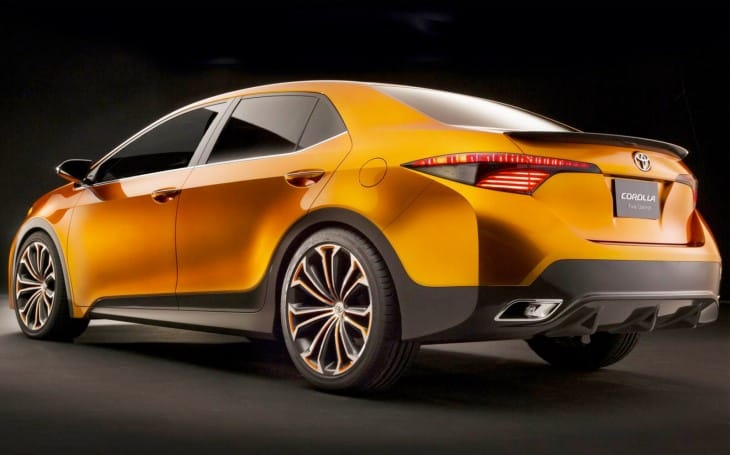 Just for the record, the images you see are not of the all-new Corolla, but of the Toyota Furia Concept, although we do expect the 2014 Corolla to make use of some of its designs flares. Let’s hope that Toyota come up with something radical, because we have seen the likes of Kia and Hyundai come up with some beautiful designs.

Over the years the basic design of the Corolla hasn’t changed that much, and it’s this very reason why it is important for evolutionary changes. Like we said above the competition is heating up so Toyota needs to bring some sparkle back. Even if Toyota incorporated some of the design features from the Furia it would be classed as a huge achievement.

However, another factor that could affect sales is the 2014 Toyota Corolla price, because it needs to be competitive, something they may struggle with considering the amount of resources they have likely put into the new model.