For those who thought the older 4Runner was starting to show its age and unable to compete with some of the new boys on the block, then you will be pleased to learn that Toyota now has the 2014 4Runner, which we have to say, has gone through an amazing transformation. However, it’s not all about the exterior, as Toyota needs to have worked on other aspects of the vehicle as well.

The 2014 Toyota 4Runner changes does not seem to be what we had hoped, because while the look of the vehicle has received a massive overhaul, it seems Toyota as made the same mistake as many before them, and that is not improving the handling, poor ride, terrible turning circled and a horrible driving position. 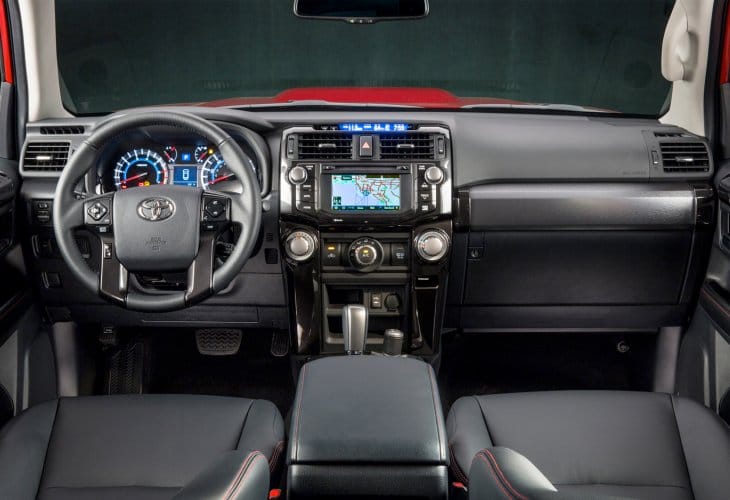 Because the 2014 4Runner is a truck based SUV, it’s for this reason why this vehicle is being left behind, because it’s intended use is more for off-road, unlike rivals who are now producing SUVs more for standard road use, which seems to be what the public want. It’s for this reason why the 4Runner is now being left behind, which is a shame considering how long the model has been on the market for.

Below you will see a 2014 Toyota 4Runner review, which looks at this and many other aspects of this SUV. We can see that Toyota has done some nice work with the front fascia, oversized grille, aggressive angles and three different trim levels. It’s just a shame that beauty is only skin deep in this instance.

Don’t expect a decent MPG return, as it’s just 18 mpg overall, although you have to remember that this 270 horsepower 4.0 liter V6 engine is designed to be used more off-road than on it. The 2014 4Runner refresh price is yet to be confirmed, but we can tell you that this (one of the last true SUVs) will be available to purchase from September.