With news that the all-new Skoda Fabia is expected to be revealed this autumn some images have emerged giving us some insight into how this car may look. Using infotainment systems and fuel-efficient engines from VW’s range the new Fabia will not be based on the MQB platform.

With plans to increase sales worldwide to at least 1.5 million models, Skoda intends to update current models every six months and introduce new ones, and although the Skoda Fabia is still sometime away we are starting to see images of this disguised as the current VW Polo.

In an informative article on Auto Express they have used insider information to produce exclusive images to visualize how the new Skoda could look, and this post also highlights how Skoda has struggled to sell many vRS Fabias in the rest of Europe, despite being quite popular in Britain. 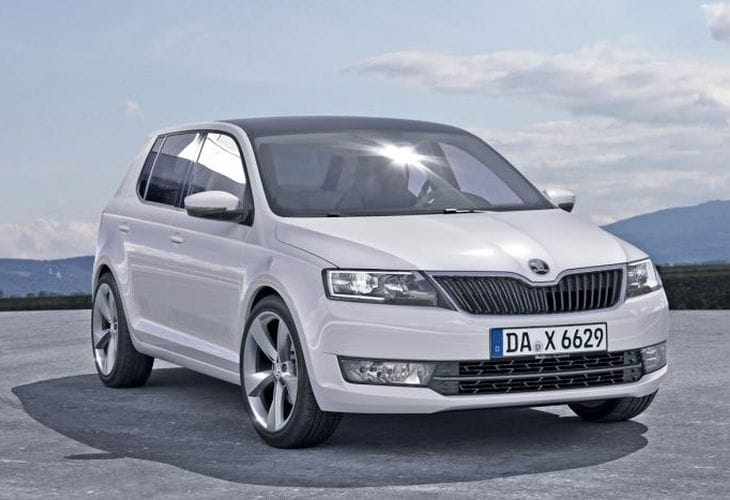 According to reports, the sporty flagship model is expected to be dropped for the new generation, but it seems Dr Frank Welsch, the head of development for Skoda has not ruled it out completely. Apparently, a new range of diesel and petrol engines will be developed to meet the stringent Euro 6 emissions regulations expected to come into force in 2015.

Dr Welsch discusses plans for the new Fabia alongside the Rapid and Octavia saying, “It will get a totally new design, with optimised proportions,” giving us the impression it will be more attractive, slightly wider and lower, although it will remain a compact car.

With a forecast that it will cost slightly more than the current Fabia we can expect the new version will retail for a similar price to the existing one which starts at £9,945.