As Porsche unleash their ultimate Boxster and Cayman GTS models their hardcore GTS line-up is about to double in size. These models will join up with the likes of the Cayenne and the Panamera as both the new roadster and coupe are set to become the most powerful cars in their respective ranges.

Both models will share the 3.4-litre flat-six boxer engine tuned to develop a further 15bhp and 10Nm of torque. This means the Cayman GTS will deliver 335bhp and 380Nm of torque, along with the Boxster GTS with 325bhp and 370Nm of torque.

All the distinctive visual tweaks that set these apart are documented on Auto Express including the new darkened front bumper inserts and bi-xenon headlights, not to mention the 20-inch alloy wheels, while the lettering on the back of both has been swapped for a gloss black.

The GTS version will feature Porsche’s Sport Chrono Package, as well as Active Suspension Management (PASM), which allows drivers to alter the throttle response of the engine and modify the damper stiffness. The optional seven-speed dual-clutch PDK gearbox for both models means 0-62mph sprint times are cut by three-tenths of a second over the standard S models’. 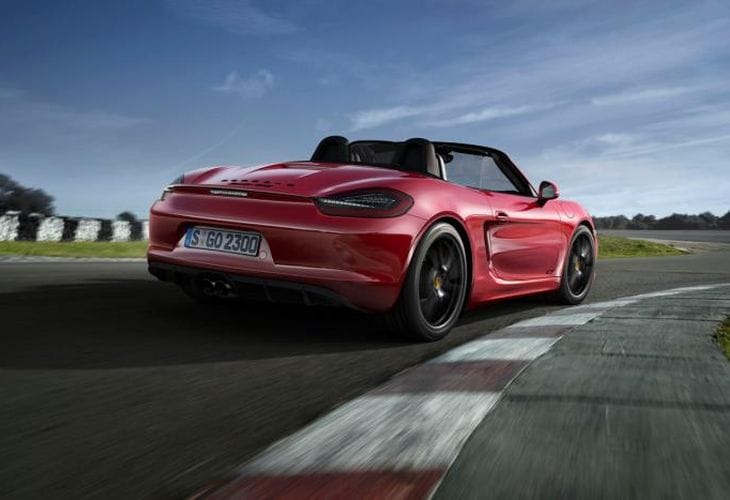 Porsche fanatics may also find our recent post interesting as we discussed the Porsche 911 GT3 engine replacement program, as concerns grow about the potential fire risks involved. According to an insider a solution was imminent, but other reports suggest this could still be some months away.

Returning to the original topic, what are your thoughts on the new Porsche Cayman GTS and Boxster?