There are so many cars that were a huge hit at the recent Detroit Auto Show, but if you were to ask many proud American’s they would say that the Chevrolet C7 Corvette Stingray stole the show — not all of them but a huge percentage anyway. It was so nice to see an iconic car brought up to date, although the car is going to have some very tough competition, one of which will be the 2014 Nissan GTR.

The idea of these two vehicles going side-by-side in a shoot out does seem a little strange when you consider that they are aimed at two different markets, it’s good to get a perspective at just what we can look forward to seeing. However, there are one or two issues that could go against each model, which could give either the upper hand.

First up we have the 2014 Nissan GTR, the first issue we have is that we do not have performance figures just yet, but we do know that 3.8-liter V-6 twin-turbocharged engine, which will produce 545 horsepower. However, we have to remember that each of these engines are hand-built and will only go into one certain gearbox also made for each specific engine, so each car will have a difference in horsepower. Compare this to the C7 Corvette Stingray, which comes with an LT1 6.2-litre V8 producing about 450 horsepower. So on paper the GTR has more power to call upon, although the GTR does have a weight disadvantage with 3887 pounds compared to 3300 for the C7. 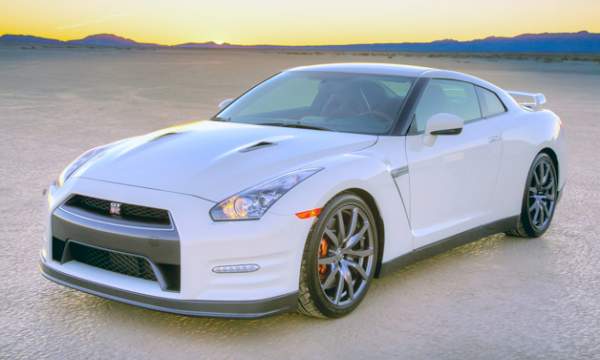 While the C7 does have the advantage of being lighter no one can argue that the GTR is an out and out racer, which is just pure technology. If we had to compare it to a jet fighter it would have to be a Eurofighter Typhoon, because it needs the computers in order to function, without them neither can do what they are meant to do.

While one would presume that the Nissan would be a better car on the track because of how well we know Japanese cars like to perform on the race track when compared to American models, but we cannot wait to see these two go side-by-side in a track shoot out.

The biggest issue that the 2014 Nissan GTR has going against it is its price, just a fraction off $100,000, whereas the C7 Corvette Stingray is to cost half that. If you had the choice, which of the two would you choose?