Having already seen some of the 2014 Mercedes-Benz S-Class interior shots, the exterior has been a little tougher. We’ve already seen some spy shots, although these were taken without the knowledge of Mercedes, but at least it has fed our curiosity.

Just recently an image of the 2014 Mercedes-Benz S-Class exterior was put up on a website, only to be taken down again, and I have to admit the photo of the redesigned S-Class looks car looks absolutely awesome. More images of the interior and exterior can be seen here, and it’s clear to see Mercedes has put a lot of effort into the redesign. 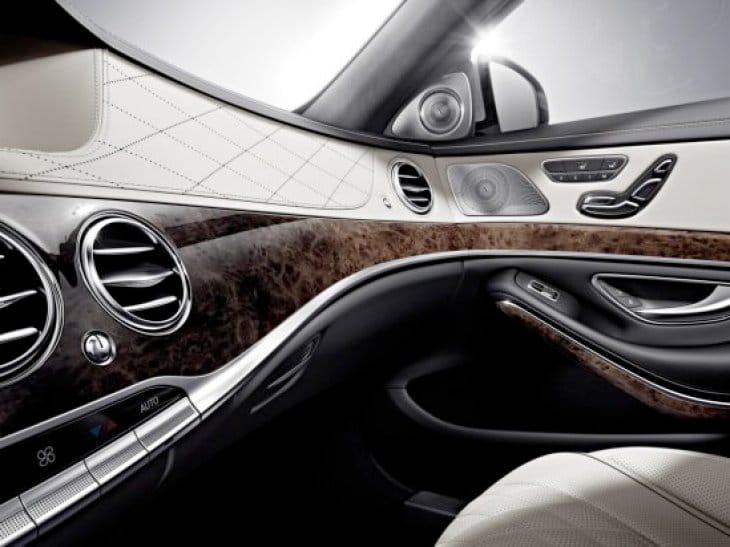 The upcoming 2014 Mercedes-Benz S-Class has taken on the updated styling from the German car manufacturer, which I have to say has a more imposing presence. The current model looks far too busy in the styling department, so these smoother and less cluttered lines in the upcoming model is something we have seen from other car manufacturers.

You’ll see in the interior shots that the upgrades complement the exterior, and being full to the brim with the latest technology is an added bonus. We’re not yet sure when the new model will go on sale, or what the 2014 Mercedes-Benz S-Class price will be, but it won’t be cheap.

I have to say that I do not agree with those who say the front end looks too busy, and Mercedes should go back to the older design, because things have to change for a reason. However, I would agree that they should have spent more time on the rear end because it does not do the car justice.

Do you think this new design language will affect sales of the all-new S-Class?