It was widely rumored that the Mac Mini would have received its Haswell upgrade during the iPad event last October, but that never happened and so we still wait to hear from Apple. In the meantime some Mac Mini owners have become tired of waiting and as such has led to desperation.

There has been a steady increase in the number of people who have been taking their current Mac Mini apart and then upgrading them in order to fit a shiny new, fast and more energy efficient Intel 4th generation i-Series processor, named Haswell.

Here are details on how one user has gotten so tired of waiting for the release of the 2014 Mac Mini Haswell upgrade that he decided to swap its standard motherboard in place of an Intel DH61AG motherboard, just so he could use the faster i3-3225 CPU. 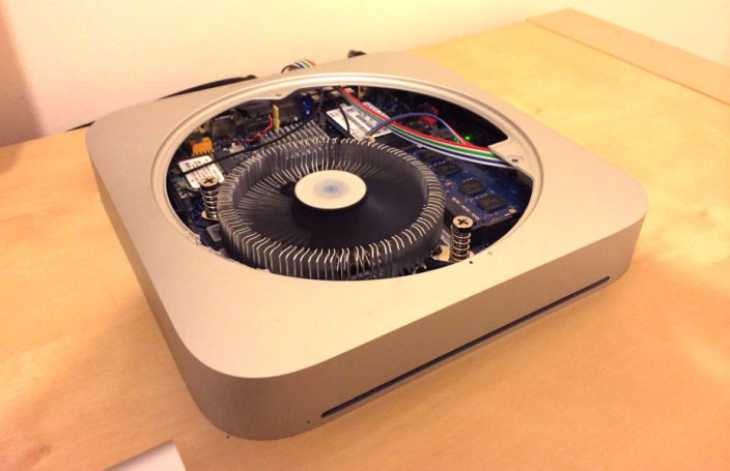 Other upgrades included 4GB of RAM and a 128GB SSD, which will also help make things run much faster. It’s worth noting that he did this with a 2010 Mac Mini, which means it wasn’t the fastest version available.

However, this does show the lengths that people go to, seeing as though Apple has slowed things down a little in how often they refresh the Mac Mini, or so some people assume.

The Mac Mini Haswell version release date is still not known to us, but we have seen signs that the Mini could get the improved processor very soon, although we have to say this is no way proof and so we need to wait to hear from Apple.

It was back in October of 2012 when the most current version was released, which means we have been waiting around 15 months for the next Mac Mini update. What’s interesting is the fact that there was a 15 month gap from the model before, and so maybe a February release for the 2014 Mac Mini refresh could be true?