Jaguar will be unleashing their first roadster in more than 40 years, so the 2014 Jaguar F-Type will need to be something very special, and from what we have seen, it could very well be. If you are looking for a convertible with style, performance and luxury, then we’re pleased to say that this little sports car ticks all the right boxes.

There is to be three models, the 2014 Jaguar F-Type Base, S and V8 S, specs for all three models can be seen below. Jaguar is putting a great deal of faith in this new model, so much so that they have already started an extensive marketing campaign, so let’s hope it pays off for them. 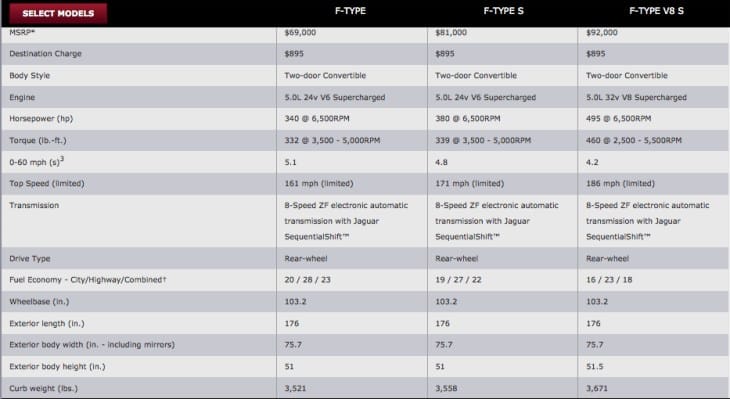 As you would expect there have been many auto blogs testing the new F-Type to give us a sense of what it’s like to drive the vehicle, but it’s even better when you get a different perspective, something that CNET has done, as they are not known for their big car reviews.

In their 2014 Jaguar F-Type video review below they highlight the fact that the new roadster has the X-factor, something we don’t come across very often, as some models claim to deliver something that extra special, but fail at the first hurdle. 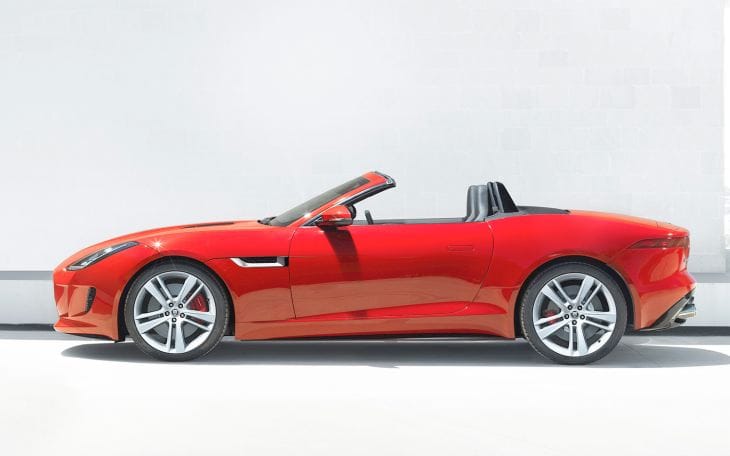 The video review covers all the bases at first, such as 2014 Jaguar F-Type specs, from engine and their power output. Again we get to learn the differences between these three models, such as the base model comes without the electronic trickery to help the car handle that much better on tight and twisty roads.

It’s clear to see that the F-Type has some very big shoes to fill, as we all know how successful the legendary E-Type was. Only time will tell, but one of the biggest issues some potential owners will have is the lack of manual transmission, as being able to change gears yourself will make the 2014 Jaguar F-Type driving experience that little more engaging.