A new iMac has already been launched in 2014, but it wasn’t the one we had been hoping for. What Apple gave us was a cheaper model and while this did away with some of the higher-end hardware, it gave people with less disposal income the chance to own a desktop Mac device. So what about the elusive iMac with Retina Display?

Rumors of its existence has been ongoing for a while now, and people still hold out hope that it will be released later this year, although there seems to be some debate over this.

There does seem to be some evidence that another 2014 iMac update will happen later this year thanks to a file that was spotted inside the OS X Yosemite developer preview. It shows different scaling options, one of which offers a resolution high enough for Retina. 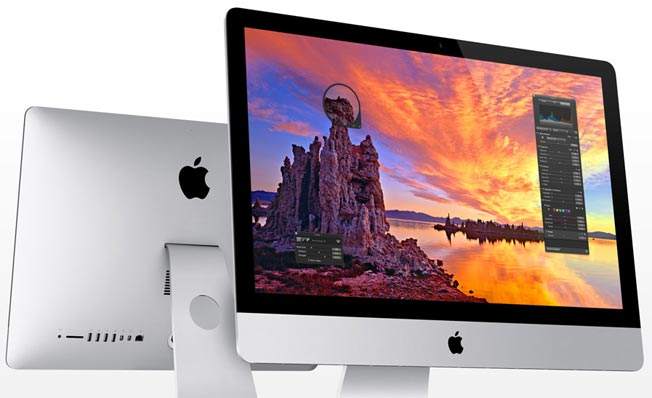 However, we have heard time and again from many of you who own an iMac that a true Retina Display on an iMac is unlikely to happen because the requirements of a graphics card to run such a big screen at a high resolution could become a bit of an issue.

The current resolution for a 27-inch iMac is 2,560 x 1,440, but in order for this to be a retina display its resolution will need to be 5,120 x 2,880, well that’s according to Macworld. They also go on to suggest that the cost of a Retina iMac would have to be so high that it would price many Mac users out of the market.

Everything we know so far is mere speculation because it might never happen, although some people have said that Retina is old technology and Apple may need to go with something newer in terms of display technology for a future iMac.