Halloween is on the agenda once again and we break away from our usual reports to bring you something which caught our eye. By now, you’ll probably be well aware that Apple has had to fend off reports on their new iPhone 6 being prone to bending.

Now, we can see that one company has taken full advantage of the headlines to come up with their own new Halloween costumes idea for 2014. It comes in the form of a foam bent iPhone 6 Halloween costume that is surely going to win extra brownie points at any parties you may have in a couple of weeks time.

The costume has specifically been designed by the HalloweenCostumes team with a special mechanism which will allow wearers to bend it easily – thus creating the bend effect that is allegedly happening to some iPhone 6 Plus owners right now. 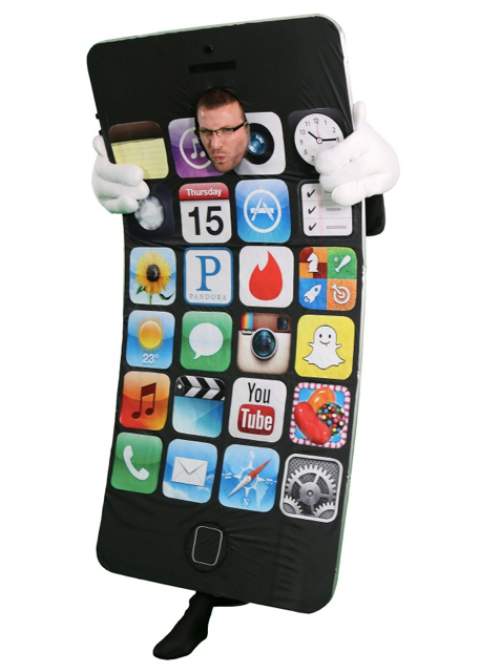 We don’t actually see it for sale at the moment so for now it’s unavailable for pre-order. We’re presuming that if this is going to be mass built, there will be plenty of demand in from consumers who are looking to spice up their Halloween costume party before October 31 2014.

The question is, would you love to wear one of these this year, or do you think it is too much on the crazy side for you? It will be amusing to report back after Halloween and see just how many consumers have bought one from HalloweenCostumes.