While Nissan has more than two cars on show at today’s Chicago Auto Show, which opened its doors today for the press, there are only two that really matter to us, and they would be the 2014 GT-R Track Edition and Nissan 370Z. There are several changes to the former when compared to the road version, but there is a performance increase for both models.

The 2012 Nissan GT-R Track Edition has had a few modification in order to lose some weight, so gone are the rear seats and the front set have been replaced by a pair of lightweight bucket seats. However, there is a problem if you wish to drive this version on the road, because the Track Edition has been developed on the world famous NÃ¼rburgring. This means that while it will be great on the track, drive it on a road and you’ll have a bad back in no time because of the harsh ride.

While the engine stays pretty much the same, the other upgrades to the transmission, suspension, brakes and wheels all work together to make it a much better track car than its sibling. 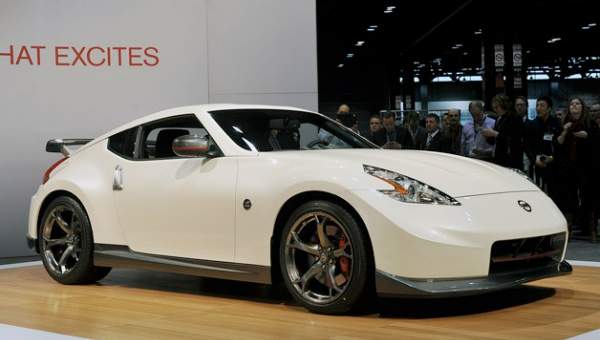 The 2014 Nissan 370Z is never going to match the performance of the GT-R, but you still get a great headlining car for a fraction of the price. The new model sticks with the same 3.7-liter V6 engine, which produces 350 horsepower. However, the updated model relies on a number of enhancements to make it marginally quicker than its predecessor. Some of these improvements include brakes and suspension that has been sports tuned and sportier a 6-speed manual transmission.