When it comes to trucks there are two things that are important to you, space and engine performance. This is just what people will be looking for with the 2014 GMC Sierra, as they will want to compare it against the latest Ford F-150 and the Ram 1500.

From what we can tell from a recent article it looks as though out of the 2014 GMC Sierra, Ford F-150, and the Ram 1500, but the Sierra does not completely impress in terms of engine specs. This is because the 4.3-liter V6 engine delivers 285 horsepower, which translates to 305 pound-feet of torque and a maximum tow rating of 7,200 pounds, which is pretty impressive for a regular cab. 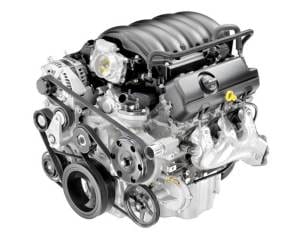 It’s clear to see that the 2014 GMC Sierra engine delivers more torque than its rivals, but in terms of horsepower it does fall short. The Sierra offers 285 horsepower when compared to 302 for the Ford F-150 and 305 for the Ram 1500, which is pretty impressive considering they are smaller units by at least 700cc.

So you will have to make a choice, do you go for the 2014 GMC Sierra, which has more torque than its rivals, or would you rather go for horsepower, which means you will have to go with either the F-150 or the RAM instead. If you would like to see what the new GMC Sierra looks like in ice form, then check this out.