Hearing about the 2014 FIFA World Cup video game would make many PS4 and Xbox One owners look for a release date on their chosen platform, but as many of our gamer readers know, it looks like the new consoles won’t be taken advantage of for a 2014 World Cup football game.

This is a massive disappointment for Product Reviews and many of its readers, especially after spending many hours hands-on with FIFA 14 on Xbox One and Sony’s PS4. The improvements to graphics and gameplay really show on the next-gen consoles, so why would you want to step back to PS3 and Xbox 360 to play the 2014 FIFA World Cup video game?

Millions sell consoles to purchase PS4, Xbox One – it is also true that millions of PS3 and Xbox 360 owners sold their consoles a few months back, and this was due to the fact they needed the money to buy an Xbox One or PS4. This is another reason why some football fans will miss out on playing the EA Sports 2014 FIFA World Cup game. 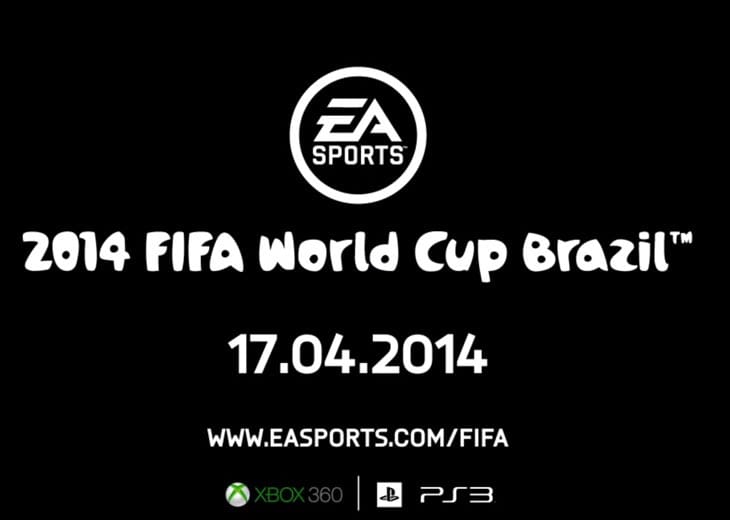 How necessary do you think it was for the 2014 FIFA World Cup Brazil video game to release on all platforms? Or at least, do you think the PS4 and Xbox One should have seen a version, especially considering some people sold their PS3 and Xbox 360? We hope that EA Sports wise up to the fact that some DLC should be offered at least.

While every gamer is not football crazy, millions like to get involved when the World Cup starts and 2014 is no different. We love playing the FIFA World Cup games and sadly it looks like the new consoles might need to wait another 4 years before they see a dedicated World Cup game.

Leave a comment below with your thoughts on the lack of a 2014 FIFA World Cup video game on PS4 and Xbox One. You can see the release date for the game in the image above, or take a look at an official iPhone and Android app in another article.

Will you be missing out on playing the FIFA World Cup game in 2014 thanks to upgrading to the latest games console?