From the moment Chevrolet introduced the 2014 Corvette Stingray we knew from the start that it was going to be the best model in years, not only because of its looks, but its performance and handling as well. However, one area of its design that put loyal Vette buyers off was the rear end because it got rid of the traditional light cluster.

Personally, we don’t have an issue, but many fans who will only get to see a rear view of the new Stingray would rather go back to the original design. However, if you have a Tesla Model S, then you might not be seeing much of the rear of the Chevy Corvette C7 Stingray if we are to go by a recent drag race.

In the video we have a 2014 Corvette Stingray vs. Tesla Model S, where they are pitted against each other in two drag races, and you will be surprised at the results. 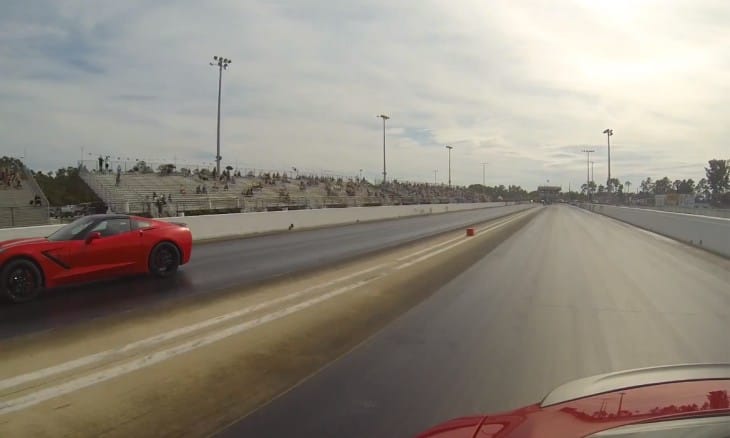 The first race sees the Model S getting off the line much better and with the superior torque of the electric motor manages to keep ahead of the C7 right to the end, but it was a close finish.

However, the second video sees the all-new Stingray get a better start this time and only manages to take the win by a whisker, this is because the amazing amount of torque of the Model S still manages to help it stay in front right until the finish.

It’s worth noting that if the drag race were longer then the 2014 Corvette Stingray would have taken the win by a bigger margin.

There are many Tesla Model S haters out there, but we have to say what an achievement for a family saloon car to give one of the best sports cars of the past few years a run for its money.