Are you enjoying the 2014 Commonwealth Games yet? Most of the attention seems to be on the whereabouts of Jamaican superstar Usain Bolt at the moment, but you should also know that the Commonwealth Games medal tally is changing all the time with England now assuming the lead.

It was Australia that had been leading the way over most of the tournament so far, but now after a strong 24 hours including a gold medal for England’s Greg Rutherford in the long jump, England are now top of the table by a fraction.

The current standings at the time of writing are England top with 105 medals, with Australia narrowly in second place with 106 medals but of course – having won less gold medals than England who have 38.

The action is continuing as we speak, but we wanted to give you a quick heads-up on how you can check the 2014 Commonwealth Games medal tally live thanks to the official app. 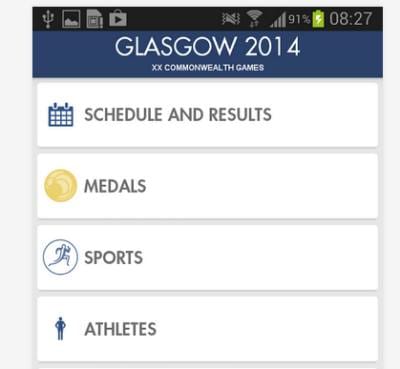 The app is called Glasgow 2014 Results and it’s available to download now both on Android and iOS. It includes all of the relevant information live as it happens, not only medal tally but also schedule information for all of the different events as well so you know what event is happening next and when.

It’s a very well designed app and is easily our favorite method of checking the Commonwealth Games medal standings so far. Check it out now and let us know if you have already been having fun using the official app.

Alternatively, feel free to list any other Glasgow 2014 apps which you think do a better job.