When the 2014 Chevrolet Corvette Stingray was first shown to us we had a suspicion that the C7 would be used as the pace car for the 2013 Indy 500, and in so keeping in tradition with its predecessors. It seems as though this could be about to happen, as some leaked images have appeared on the Internet, which looks very much like proof to us.

In the images, which you can see here, you will see a blue C7 equipped with safety lights, which is just what Indy Pace cars have. You’ll notice that the appearance of the 2014 Chevrolet Corvette C7 Stingray remains the same, although if and when it does take up the new job the vehicle will be plastered with livery.

Those lights to the front and rear are a huge giveaway, and according to the source the lights mounted on the inside of the rear window could be the new setup, doing away with the traditional roof-mounted safety lights, although not too sure on that one. 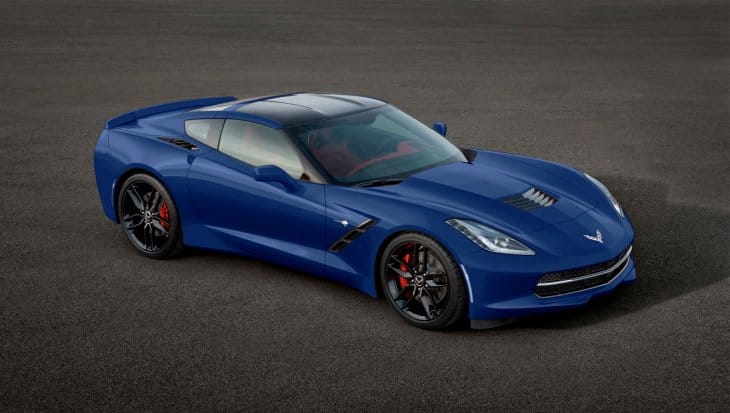 We’re told that in this so-called C7 Indy test the lights were seen to be flashing in a safety light fashion. Personally I believe the 2014 Chevrolet Corvette Stingray does have a motor sport future, and we won’t have that long to find out, as the Indy 500 kicks off on May 26, 2013.

To see how this model compares to previous pace cars, then head over to Top Speed, where they look at Corvette’s pace car history in the Indy 500.

In other news, just recently the new 2014 Corvette Stingray pricing was released, and although it was a few thousand more than the previous model, it’s not as much as we had assumed considering the updated features.