It seems like yesterday when we were talking about Halloween, and we have not even got Thanksgiving out of the way and we have already started to see the first commercials for the holiday season and it’s only the start of November. It seems like Christmas comes earlier every year – well the build up to it anyway. Even the John Lewis commercial is out already which we will get to later today. The reason we say this is because there are three new 2014 BMW Christmas car commercials with their TV spots.

Upon further inspection the start of November seems to be the time when many big brands begin their Christmas/holiday advertising campaigns, although it is not officially Christmas until the Coke-a-cola Holidays Are Coming ad is seen on TV. 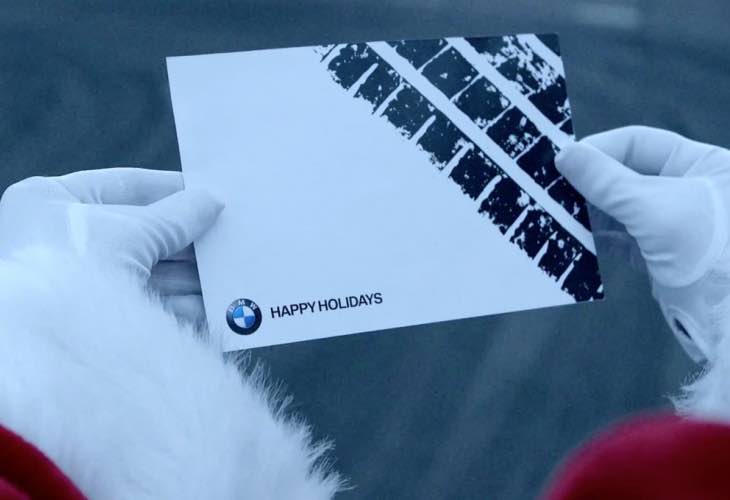 We know it is a bit premature, but then it is nice for the kids to start to see the first signs of Christmas, although not sure they will be interested in the three BMW car commercials, all of which you can see below.

The 2014 BMW Christmas car commercial trio are as follows – The Holiday Slalom, Santa’s Other Workshop and The Road Home. Each last for 30 second, well one just 28 seconds. This is a mini campaign all with a Christmas theme but we do not wish to talk too much about them, as we don’t want to spoil them for you.