Audi lovers can rest assure that each model that comes out is more enhanced than the last and the same can be said for the 2014 Audi TT, which is making its debut at the current Geneva Motor Show. This new edition looks quite familiar, however, it is said to be more efficient with an agile chassis and a selection of in-car tech.

Near enough everything is fresh with the 2014 Audi TT, with the exception of the popular build, and MSN Cars provides a variety of images of this model along with specifications and new improvements. Boasting a lighter ‘MQB’ chassis from the VW Group this Audi also has a whole host of new technology aimed at those gadget fans, while the overall look is regarded as sharper and more aggressive than ever.

This could be down to the new ‘Matrix’ LED headlights, while the inside is more driver orientated than previous models with more controls aimed towards making the driver more comfortable. The 2014 Audi TT is said to be faster than the Porsche Cayman and quicker than a 911, and those preferring more economy may find the TT TDI is ideal. 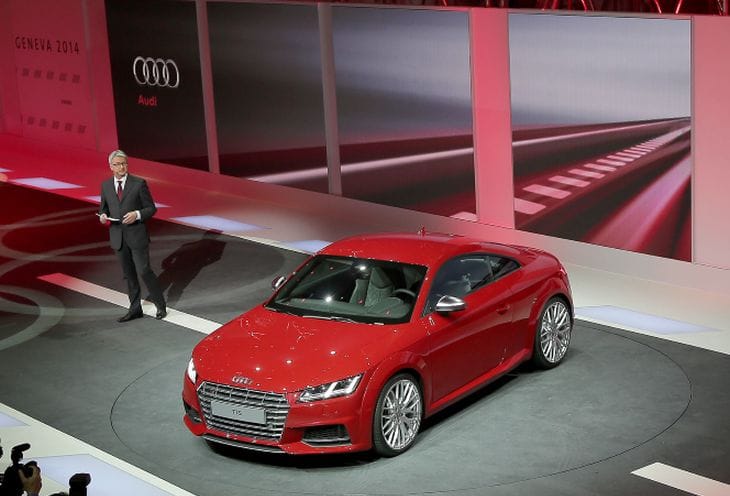 When it comes to gadgets the 2014 TT dons a massive 12.3-inch TFT screen, as opposed to regular dials and this allows drivers to customize their display and see exactly what they want. You may find that the speed and revs are required in certain circumstances, and the full-screen sat-nav could be useful when it comes to finding a location.

We are yet to hear how much this model will sell for, but with all the improvements we can expect it will be more expensive than the current version, so we could see this starting at around £26,000.

As the third-generation Audi TT managed to get the biggest cheer from the assembled crowd we are hoping more details will emerge now that it has been showcased and well received. Do you feel the new 2014 Audi TT will be a big success?