Even though the standard Audi R8 V10 specifications were already rather impressive, this hasn’t stopped tuners from trying too improve the supercar. The latest is from ABT, who has made a few tweaks to even offer increased handling over the Plus variant.

As for the Plus variant, the same engine is used, but only pushes out 550 horsepower, yet still achieves a 0-62 mph time of 3.5 seconds. So even with 50 horsepower less it still has the same performance.

Where the main differences are is in the body kit, which helps to improve aerodynamics, and downforce with a rear wing. The suspension has been lowered, as well as being improved on, there’s a stainless steel pipe and two choices of 19-inch rims. 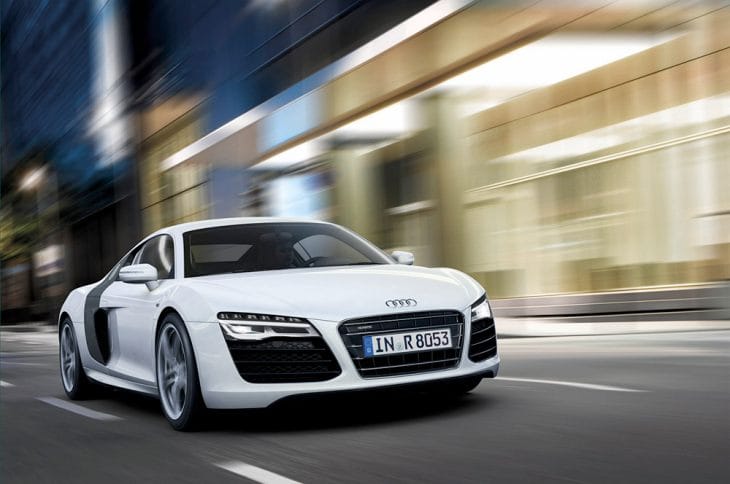 While both variants will be similar in a drag race, we believe that the ABT version will prove better on the track, as it’s clear that these upgrades have one goal in mind, and that’s to be an awesome track car.