The previous version of the Mac Pro was starting to show its age, not only with its hardware but its exterior design as well, and so it was only a matter of time before Apple rectified this. By the summer of 2013 we knew Apple’s intentions and just before Christmas we were rewarded with the all-new 2013 Mac Pro.

We already knew so much about the new desktop, such as its main specs and price, but what we really wanted was a hands-on review of the 2013 Mac Pro, and several weeks after its release date we now have one, well Apple Insider does.

The review is extensive and covers many aspects of the new Mac Pro, but we are only interested in two key areas for now, and those are the performance and graphics.

In the 2013 Mac Pro performance review two standard configurations were detailed, along with their respective specs, which you can read from the source link above. 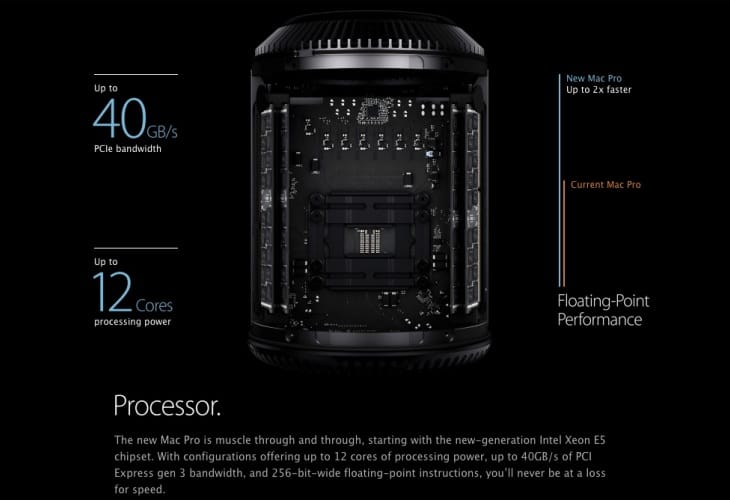 They also take a look at the all-new Mac Pro graphics options, and how they compare against each other. In the benchmark tests they were running the AMD FirePro D300 and D500 series.

The tests included a look at the rendering effects at various levels, with the results being rather interesting.

There are various more tests in the review, along with a list of the pros and cons and a final score, which just so happens to be 5 out of 5, but would you agree with that result.