With no specific release date for the 2013 Mac Pro as yet, we tend to look a lot further into things than we should. We say this because the Sharp 4K display appeared on European Apple websites before the weekend, and not long after was taken off.

This has led many technology websites to believe that the 2013 Mac Pro availability will be soon, but it has been three days and Apple has yet to update its website. Having said that, Apple will need to release the all-new Pro soon in order to fulfill a delivery before Christmas.

However, we believe that it is more plausible that the new Mac Pro will be released in December still, but maybe just after Christmas. That way this will allow Apple to get over the mad Christmas rush in order to fulfill all orders in time. 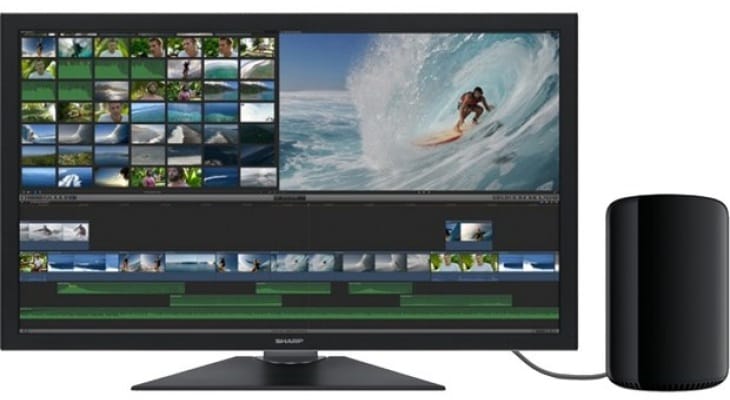 The display in question is the Sharp PN-K321 32-inch Edge LED LCD Monitor and is already available from other online retailers. However, the reason why Apple had it appear on its website before being removed is that it could be a 2013 Mac Pro optional extra considering they do not have a 4K Apple Thunderbolt Display.

As for the ultimate 2013 Mac Pro display price, Apple had the Sharp 4K 32-inch display up for £3,499 in the UK. We wonder just how much Apple would charge if they were to release a 4K display?