Now that we are a few days into May it seems that the results for auto sales in April 2013 are in, which has seen the Honda Accord beat the Toyota Camry by just under 2,000 sales. This is a good result considering the former is known as the best seller for cars in the United States.

2013 Honda Accord vs. Toyota Camry April sales figures — Toyota reported that Camry sales for April were exactly at 31,730 and this is just short of the Honda Accord, which reportedly scored 33,538 sales in the same month. Honda also hit the headlines with better than expected 7.4 percent increase in Honda Acura sales. 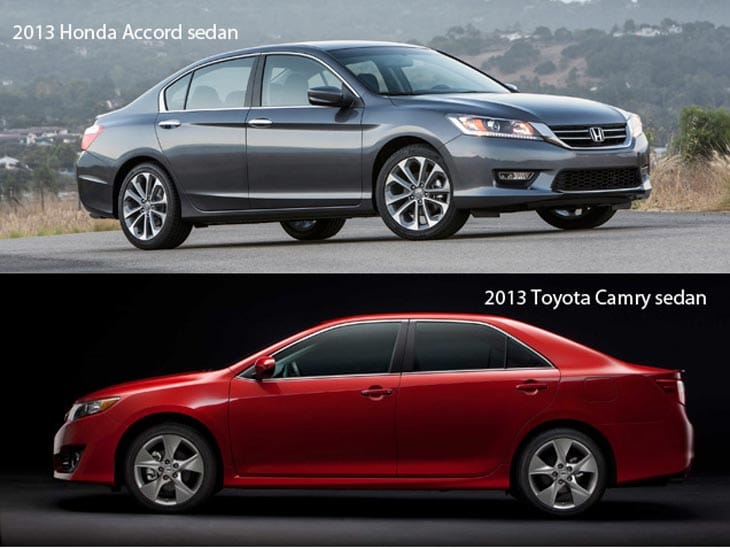 There are a number of reasons why the Toyota Camry fell short of Honda Accord sales, and one assumption is that some Toyota fans are waiting for a new car to arrive and are very “disciplined” with enticements. You can read a lot more insight into these sales figures and information on Asian brands losing marketshare in this article

Best choice from Honda Accord vs. Toyota Camry — the sales figures for April could be explained by a number of factors, but some people believe the 2013 Honda Accord will always be the better choice.

In fact we found one video on YouTube offering up 4 reasons why you should choose the new Honda Accord over the 2013 Toyota Camry. You can see that video below this article, which runs for just over 3 minutes and has split viewers with their reasons.

Do you prefer the Toyota Camry or Honda Accord? You might also want to read about why Honda favors iPhone and Toyota likes Nokia in their cars.