It’s fair to say that when it comes to sports cars being able to handle themselves on the dirt we would never have put American brands on top of our list, but our perception changed when Chrysler brought out the All-Wheel-Drive Charger back in 2011. However, they knew that a few changes needed to be made in order to challenge their rivals who had been doing this thing for years, so now we give you the 2013 Dodge Charger AWD Sport.

This is a vast improvement over the outgoing model but how will it compare to the 2013 Audi RS6 Avant Plus, which is also an updated version? Both these vehicles will see an increase in power over their less sportier models, with the Charger giving you the choice of a 3.6-liter Pentastar V6 or a more powerful 5.7-liter Hemi V8 offering up to 370 horsepower. 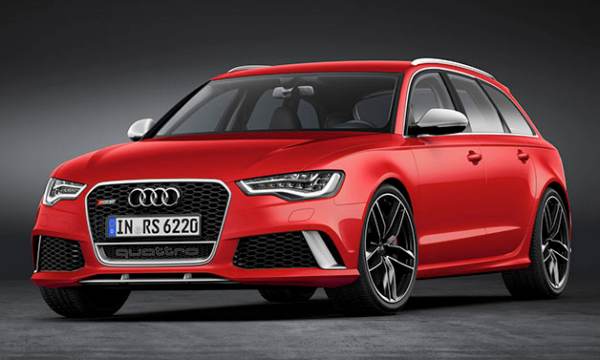 The Audi will use the same V10 engine but will be tweaked to generate 600bhp instead of the previous 572 horsepower. So looking at the engine the Audi RS6 Avant Plus has the advantage. However, what worries us with the new Sport version of the 2013 Dodge Charger AWD is how many of the upgrades are cosmetic and not to the technology that makes a car do what it does so well to keep it glued to the road. Having said that, it’s obvious that the Audi will feel more at home using its AWD system when compared to the Charger because Audi and the Quattro GmbH division have the advantage.

We’re not certain as to what other new features the Plus model of the Audi RS6 Avant will get because the details are limited, but one would assume that there have been a few weight saving measure taken to allow the vehicle to handle and perform much better. While it’s easy for me to say that the Audi wins hands down, I’d love to know which car you would choose?