When it comes to chat show hosts, Oprah Winfrey is the queen, and it will be a sad day when she hangs up her mic. You may wonder why I would be talking about this on PR; well she did two amazing things yesterday. The first was to give all audience members an Apple iPad each, and the second was to announce that they would all get a 2012 Volkswagen Beetle each.

We have yet to see the new vehicle, but we were treated to a little reveal on the show — well a silhouette of it. However, Oprah has seen the car, but her 275 audience members and us have not. According to Chris Paukert from Autoblog, he believes that VW will unveil the new 2012 Volkswagen Beetle sometime in the Spring. 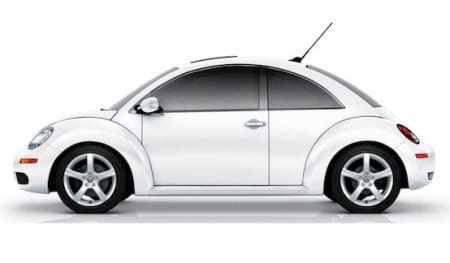 Not much is known about the new vehicle, but we do know that it will come with all the latest technology inside, such a touchscreen and Bluetooth. The last car that the chat show host gave away was a Pontiac G6 in 2004.

There have been sightings of the new vehicle though, Kirby from Top Speed reported last month that one was spotted, and you can see that there are a few subtle changes — but not many. However, we do know that there will be bigger rear seats, which we discussed back in October 2009.

What do you hope to see changed with the new 2012 Volkswagen Beetle?